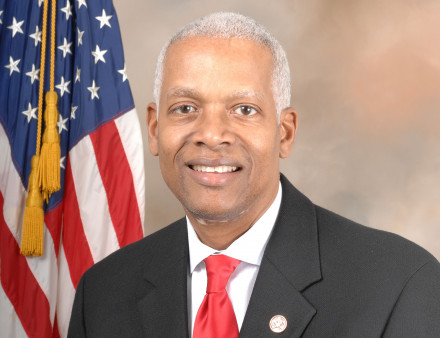 When Hep profiled Rep. Hank Johnson in 2013, he recounted not only the joy of finding out, in 2012, that he had cured his hepatitis C, but also the liberation of going public a few years before that as someone living with the virus.

As a U.S. congressman from the Atlanta area, rumors were rife during his 2010 reelection campaign that he was dying because he had lost so much weight and had a tendency to forget his words, which led to his cutting back public appearances in his district.

Rep. Johnson “had to decide whether to ‘come out of the closet’ or not — to borrow a metaphor from my friends in the LGBT community,” he told Hep back then. He finally decided that, by doing so, “maybe I can be of service to remove the stigma of hepatitis C.”

So he went public. Johnson not only received overwhelming support but held onto his congressional seat, which he still occupies today.

He said that the experience of living with hep C, such as failing three rounds of treatment before his fourth proved the charm, and of coming out about it changed him. “I became more concerned about other people,” he said, “and the fact that there are so many who will never know that they have hepatitis C until they’re getting ready to need a liver transplant, or they’re getting close to death from liver cancer.” 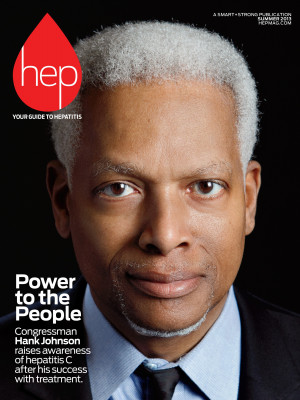 Seven years since that profile, as he sits in his district office in mid-March amid the COVID-19 crisis seizing the nation, he says that his liver health has improved dramatically, according to his gastroenterologist.

“He told me that the scarring has disappeared and my liver has regenerated,” he said. “I’ve really done my best to drink a lot of water, eat healthy things like oatmeal and berries and avoid sodas, red meat and dessert. I’m very careful about what I put into my temple!” he said. He also walks and takes stairs around the Capitol complex as much as possible instead of taking its underground train system or elevators.

As for continued hep C advocacy, “anytime I get called upon to speak as someone who cleared the virus, I do so,” he said, “but that’s less and less these days. Perhaps this article will highlight the fact that there’s a rise in hep C cases that parallels the opioid crisis. Injection-drug users shouldn’t be stigmatized. We need to let them know that we accept that this is a public health issue and that using drugs should not be a barrier to getting tested.”

Of course, he has had other legislative priorities in his now 14 years in Congress, especially those regarding criminal justice reform. He supports the Stop Militarizing Law Enforcement Act, which would stop transferring military surplus weapons to local police departments, but which he said is stuck in the House of Representatives in the face of opposition from police groups. “Former president Obama restricted transferring weapons from the military to police forces, but President Trump reversed those restrictions,” he said.

Currently, Johnson is consumed, as is everyone, with countering the new coronavirus, which causes the disease known as COVID-19. “My 93-year-old mother lives with me and my wife, so my biggest concern is making sure she doesn’t get the virus,” he said. “Then I’m concerned about my wife and me, then my employees.”

On the macro level, he said, “protection for small businesses and workers and people who can’t afford food are my biggest priorities, but large businesses, too, have to be protected. Atlanta is a hub of air traffic, which is down significantly, and thousands of people in my district work at the airport or support the industry in some way. But of course, the first priority is to reduce infections, because life is more important than money.”

Johnson relaxes by practicing his drum playing and learning how to play guitar. “I’ve always been a drummer, but I’m better today than I’ve ever been. There’s so much instruction available now on YouTube.” And he’s still proud as hell about coming out publicly about his hep C. “It’s one of the best moves I’ve ever made,” he said. “It helps to break down the facade that one builds around oneself, which I’m still doing.”

How? Johnson spoke out publicly about his vitiligo, a skin discoloration condition. He thinks it’s good when public figures talk openly about health conditions — such as how his House colleague Ayanna Pressley, the freshman rep from Boston, has talked publicly about her alopecia (hair loss).

“I gave her a big hug and kiss when I saw her back then and told her she was beautiful,” he said. “It takes a lot of courage for a woman to do what she did.”