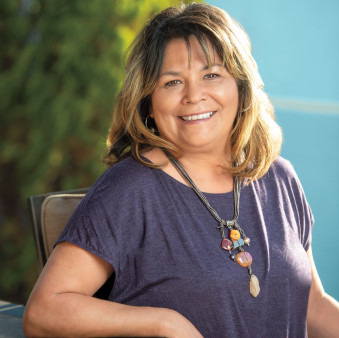 When Hep profiled Stella Armstrong in 2019, she had been cured for four years of her longtime hep C, which had been ruining her quality of life with fatigue and joint pain. She was busy volunteering for the American Liver Foundation and traveling to Washington, DC, to lobby for more funding to combat the hep C epidemic. And she was very much enjoying taking off to southern Utah’s gorgeous Bryce Canyon National Park every weekend in her rented RV with her husband, Rob, and their two dogs, Chewy and Penny.

“I’m very blessed, grateful and humble,” she said back then about her life. Her 2016 hep C treatment hadn’t been without some side effects. “I had a little bit of nausea and headaches and a rash and anemia from the ribavirin,” she said. Today, ribavirin is usually no longer needed for hep C treatment.

That didn’t stop her from urging others to go on the new and far easier treatments. “I was taking almost 10 pills a day when I got treated for hep C,” she said. “Now you can take one pill a day for as little as eight weeks. Your symptoms are just going to get worse if it’s not treated. So treat your hep C, and get on with your life!” 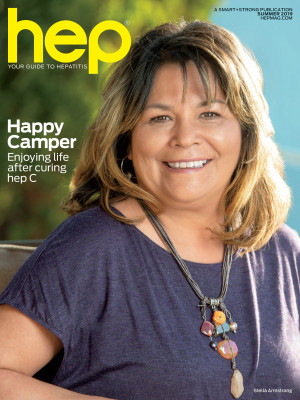 One year later, Armstrong is happy to report that her health is good. “I’ve been totally eating organic and I lost 12 pounds,” she said. “For a while, I was eating candy bars a lot. But then my husband”—who’s also cured of hep C—“was diagnosed with Type 2 diabetes, so we had to do a complete lifestyle change. So we’ve cut out carbs and sugar and now we eat a lot of chicken, fish, anything green. I have one cheat day, Wednesday, but it’s become really hard for me to cheat.”

She’s still involved in hep C advocacy as a member of the National Viral Hepatitis Roundtable. She’s also trying to help start a Hep C Task Force in Las Vegas. “Mostly we’re doing stuff on social media, sending letters to lawmakers in our district, asking if they’ll vote to support CDC programs for chronic disease patients.” She’s even been a part of efforts to get Texas to remove barriers to treatment for hep C.

Meanwhile, she’s been busy taking care of her mom, who had a heart attack in 2019, and mourning the loss of her father-in-law, who recently died from non-hepatitis-related cirrhosis. “He was about to go on the liver transplant list when he died,” she said.

On a happier note, Armstrong now has a one-year-old granddaughter. “I have six grandsons already, so now I finally have a little girl,” she said.

And what about those weekend trips to Bryce? “We didn’t make it out there last summer because our property management and contracting business has really taken off here in Vegas,” she said. “But we got a boat. So now we go out on Lake Mead. Fishing is very relaxing. Neither Rob nor I are very good fishers...but we do love going out on the water!”

To read the 2019 Hep profile of Stella Armstrong, click here.