When Hep profiled Wayne Starks in 2012, he had been living with both HIV and hep C for many years, had been sober for 11 years and was awaiting better hep C treatment to come along.

The retired New York City bus driver was also already advocating for folks, especially with a drug-using history, to get tested for hep C.

“People are living with hep C for years and don’t even know they have it,” he said. “They’re drinking and using drugs. Little do they know it’s eating up their liver, slowly but surely.” 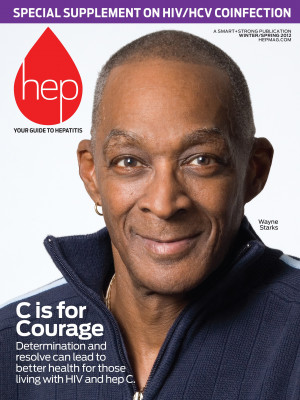 Eight years later, Starks remains sober and healthy, alive and well and living in Crown Heights, Brooklyn, having easily cured his hep C with new medications in 2015. He had a heart attack a few years ago, which was scary, but in 2017 he got a new aorta.

Starks has even gotten his asthma under control with medication. However, because of that underlying condition, he’s being careful not to go out of the house much during the COVID-19 pandemic.

That means he’s temporarily stopped going to church, to his beloved weekly interdenominational choir and to board meetings of VOCAL-NY. He has been a longtime member of the housing rights activist group.

The pause in his activities is sad because he loves singing in the choir in his bass-tenor, especially Psalm 17 set to music and Nina Simone’s “I Wish I Knew How it Would Feel to Be Free.”

Even before the new coronavirus, Starks had been slowing down. For example, he doesn’t go up to lobby lawmakers in Albany with VOCAL-NY as much as he once did. “Going all the way up there now takes a lot out of me because of climbing stairs,” he said.

Despite all that, he seems in good spirits. “My life has slowed down a lot, but I’m taking it in stride and things are pretty good,” he said. “Mostly I try to eat healthy foods like chicken, fish and fresh fruits and vegetables to help keep my immune system strong. I don’t overdo stuff anymore.”

Starks reflected that the former him of many years ago, struggling with addiction and homelessness, seemed like another person. He concluded, “I guess I’m a miracle!”

To read the 2012 Hep profile of Wayne Starks, click here.