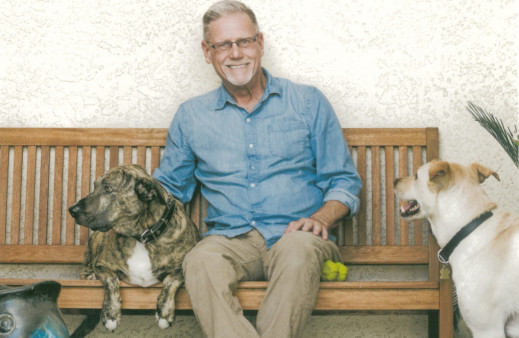 Alan Franciscus reflects on the impact of his hep C advocacy.

After a 1996 hepatitis C virus (HCV) diagnosis, “I realized there was no one out there educating people and providers,” said Alan Franciscus, one of the pioneers of hep C activism, when Hep profiled him in 2014.

As a result, he became the founder and executive director of the Hepatitis C Support Project, which included those who had both hep C and HIV. He was able to cure his own HCV on his third try, with an old-fashioned combo of pegylated ribavirin and interferon. 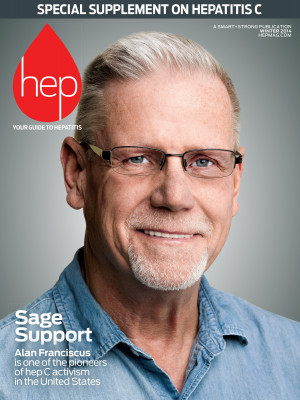 “The more I did, the more need I found,” he said back then. He started HCVadvocate.org, set up national training workshops and printed educational publications. “It’s an honor to educate people with hep C and those providing services to them,” he said.

Six years later, Franciscus has retired from Sacramento to bucolic Crescent City, on California’s coastal northern border, and has shut down his support project, partly because he ran out of funding to keep it going. “There were other organizations doing a pretty good job,” he said.

Also, he struggles with diabetes, which he’s had for 20 years, and stage 3 kidney disease. “I realized I needed to focus on my health,” he said. “I eat really well, I’m on three different drugs and I try to exercise as well as I can.”

He’s aided in that effort by gardening and walking his two beloved rescue mutts, Buddy and Ty. Otherwise, he reads a lot of mysteries and classics, assisted by the guidebook 1,000 Books to Read Before You Die. “I don’t think I’ll read all those books, but it’s a great resource,” he said.

He feels good when he looks back at his path-breaking hep C advocacy work. “I loved what I did and I think I did a really good job,” he said. “You always wish you could’ve done more. We have to keep advocating for universal testing for hep C — and we have to get the price of the meds down or we’re never going to be able to eliminate hep C completely.”

Despite that, though, he said that the revolution in hep C treatment the past eight or so years has been truly remarkable. “I’ll never forget when I saw the early data on the viral-load drops we were looking at when people started the new drugs in trials,” he said. “It sent chills down my spine.”

Guess what also gives him chills? The sheer beauty of Crescent City, his new home. “I live a block and a half from the ocean — the people here are incredibly friendly,” he rhapsodized. “I came up here 15 years ago to do a training and fell in love with it — so I bought a place!”

To read the 2014 Hep profile of Alan Franciscus, click here.