When Hep profiled Ryan Clary in 2018 the longtime San Franciscan was the executive director of the National Viral Hepatitis Roundtable (NVHR). He had pivoted a decade earlier to hepatitis C advocacy after being an HIV advocate for many years at organizations like Project Inform and the San Francisco AIDS Foundation (SFAF). He had become over the years an expert on both viruses, even though he has never lived with either.

“Not only are we not moving toward elimination, we’re barely even managing the epidemics,” he said at the time. He pointed to statistics from the Centers for Disease Control and Prevention showing that the number of new reported hep C cases had nearly tripled over the past five years. “It’s so poorly funded that we’re going backward,” he said. 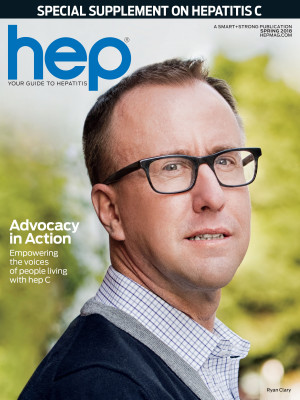 Shortly after that profile was published, Clary left NVHR when he and his husband decided to move to Palm Springs “to have a more peaceful life,” he says.

Currently, he’s working as a consultant to SFAF, specifically as the coordinator of California’s Ending the HIV Epidemic coalition, which advocates for increased funding for HIV, hep C and sexually transmitted infections (STIs), and is supporting a state bill (SB-859) to address them in a unified way.

“Two years in, we’ve grown the coalition to 250 organizations, and last year we successfully got $5 million in state funding to combat hep C and STIs,” he said. “Ours is the only state project that addresses the three epidemics together.”

Meanwhile, in his new home of Palm Springs, which has a large LGBT and HIV-positive senior retirement population, he’s busy working with the community’s Desert AIDS Project to organize a hep C forum — and he’s also worked with advocates in nearby San Diego on creating a hep C elimination plan.

At the same time, he’s adjusting to life in this closely-knit desert community after years in more bustling San Francisco. “Palm Springs has a small-town feeling, much more affordable and community-oriented,” said Clary, 50. “But because there’s a lot of older gay men here, it reminds me of San Francisco a couple decades ago in terms of a community that’s really involved in volunteer work and political advocacy.”

Then there are the cats — not only the two that Clary and his husband live with, but those he works with volunteering at the local animal shelter. “Moving here was probably the best decision we ever made in terms of our quality of life,” he said. “We love just walking around town and enjoying the beauty of it.”

To read the 2018 Hep profile of Ryan Clary, click here.