Hepatitis C: So What’s It Like Living with an FDA Warning?

If you are warm, upright, breathing and know anything about hepatitis C you’ll know Viekira Pak and Technivie have had an FDA warning issued about them. 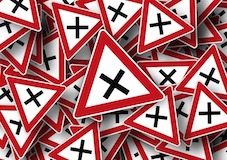 Guess what. I had a few of them. Of course some were a response to the other drugs I was taking. All possible signs of liver damage though.

So, now that treatment is behind me, how do I feel about the warning? I suppose I rationalise it in this way: I made the best decision I had at the time. I was sick and getting sicker. I had run out of options. My treating team threw me a life jacket. I grabbed it. I got a bit sicker in weeks three and four, then started to improve.

I was monitored very carefully all through treatment. My blood test results were watched with an eagle eye. Although my treating team did not know this information (and why would they, it came out nearly two months after I’d finished treatment) I don’t believe they would have put my health in jeopardy. They took a careful approach to treatment and didn’t take any undue risks.

When I read the warning, I admit the first thing that flashed through my mind were all the listed symptoms that I had also displayed. I emailed the treating nurse at the hospital a link to the warning. He rang me back very quickly and spoke to me for some time. He said he would have expected to see a continuation of those side effects, not a lessening of them over time. Mine lessened. He said many serious problems became apparent in the first four weeks. I had a number of problems but not serious ones. He also indicated that my blood test 10 days after treatment had finished showed my bilirubin basically back to normal, as well as my liver function tests. All those were positive signs.

So I’ve decided not to panic about it. I have my 2 week post treatment tests in four weeks. I’ll wait to see what they say. Hopefully they will tell a happy story.

The big question is would I do it again. And here’s my answer.

These drugs are so new, we are still not entirely sure what we are dealing with. Clinical tests can show many things, but it’s often the real world tests, where the rubber hits the road, where you see how these drugs function outside the confines of a narrow trial focus.

You see how they work with non-compliant patients, harried medical staff, less accurate testing and a free-market economy.

I’m not saying that drug companies should get a free ride to be slip-shod and put patients lives in danger. They have a responsibility to provide drugs with adequate information about the risks to allow doctors to prescribe safely.

But this is a brave new world. In many instances we are writing our own maps. Like Star Trek, many of us are boldly going where no one has gone before.

We need to be aware, educated and questioning consumers.

And I can think of no place better to start your learning journey than the Hep forums. There are people there with a wealth of information. They freely share their knowledge. The forum exists to help.

I’ve never felt compelled to put a rider on any of my blog posts, but I will on this one. This is my opinion. It has been formed by my experiences and mine alone. Your experiences may be different. If you are on Viekira Pak and you’ve experienced some of those side effects and you have not discussed them with your doctor/treating team/nurse/specialist, you really should.