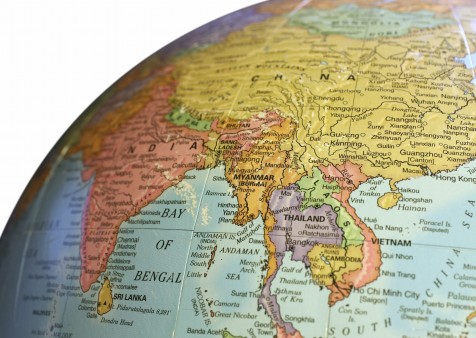 Two Years Later, Back in India

Today I am flying from Singapore to Mumbai on my second trip to India in two years. But it is a very different journey to the one I undertook in April 2015. This time I am not a sick and desperate man travelling to India infected with Hepatitis C to try to buy generic Sovaldi, which was my only hope for survival.

This time I am cured of Hep C and am flying to India as part of a team effort to try to increase global awareness of the effectiveness and affordability of Indian generics for the treatment of Hepatitis C.

It is an interesting coincidence that it was two years ago, almost to the day, that I was on exactly this same journey to seek out and purchase Indian generic Sofosbuvir. On that trip a friend of mine suggest that I record my journey on the internet so I made a pretty basic website  and started posting on that. I also posted on a USA Facebook group called Hepatitis C Friends and Family.

Even though I was later banned from that group for too strongly advocating generic treatment of Hep C those posts made another online advocacy group called Hepmag aware of my trip and they asked me to write as a blogger on their website.

That was all two years ago and so much has changed since then. Since then I have answered tens of thousands of emails requesting information about generic Hepatitis C treatment. Often more than 1,000 emails a week!

And of course I have been cured along with many tens of thousands of other people who treated their Hepatitis C using Indian generic versions of Harvoni and Sovaldi.

Now that I am cured the main work in my life is to try to make people around the world aware of just how effective Indian generics are for treating Hep C because, surprisingly, very few people are aware that the cures is both available and affordable.

In the last two years I have developed close relationships with a number of talented people with similar goals. They are health professionals, health advocates, doctors and academics.

Together we have been launching a two pronged attack to make people with Hep C aware of the generic treatment options for Hep C.

Firstly we have been working to bring these issues into public awareness through the mainstream news media, social media networks and through the Internet.

Secondly we have been collecting and analysing data on patients treated with generics and then writing papers on the results.

Critical to these efforts has been the input of Dr Andrew Hill and his team and Dr James Freeman and his team.

Since early 2016 several papers have been published in peer reviewed medical and scientific journals but most importantly Dr Freeman has presented two papers to the EASL Conferences of 2016 and 2017. These papers proved conclusively that generic treatment of Hepatitis C gives exactly the same results as treatment with expensive brand version drugs.

But despite this there is a pervasive bias against Indian generic treatment in virtually all Western nations. This is partly due to a sustained fear campaign by Big Pharma that is based on the idea that Indian generic medicines might be fake or tainted or even poisonous.

So my mission to Mumbai this year is to try to counter this and to raise global awareness that Indian generic Hep C medicines are, without any doubt, equal to the outrageously overpriced brand versions while costing 100th the price.