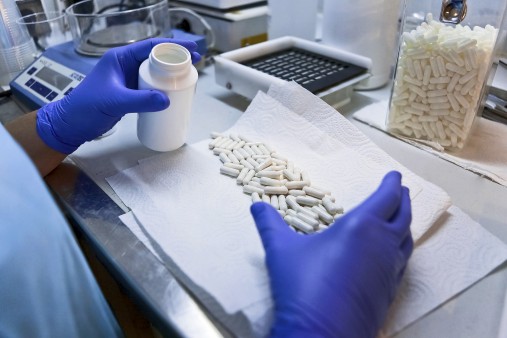 Our first day in India was filled by meeting up with Parag Jain the owner of Bull Pharma.

Parag is a young man of great vision and industry whose confidence in the quality and long term prospects of the Indian pharmaceutical industry convinced him to leave his chosen profession in banking and accounting to start up a business in the wholesale and retail distribution of Indian pharmaceuticals.

Parag is a member of the ancient India religion called Jainism. The Jains place the beginning of their religion back many thousands of years before Christianity and Buddhism and the central theme of Jainism is non-harm. That is to say that nothing should be done that causes harm to another living being. Balanced with that is the importance of relieving suffering, a concept fundamental to all religions.

Parag chose the supplying of medication as a profession that was in harmony with his religious beliefs because it is a way of relieving suffering. My involvement with Parag began when I was looking for someone reliable to assist people who were flying to India to buy Hep C medicines.

I had spoken to Parag about this and he offered to supply the Hep C meds and give people general advice about where to stay and what to do in Mumbai. One of the people he helped was Elle from the USA. Elle flew to Indian early last year to buy generic Harvoni and is now cured of Hep C. A US based film crew is doing a documentary on Elle’s story as an example of what people have to do to get treatment for their Hep C when they cannot access treatment in the USA.  Elle and Parag will both feature in this documentary as they re-enact Elle’s journey from a very sick young woman to a cured and healthy person thanks to Indian generic Harvoni.

Over the last 18 months Parag has also assisted me getting medications sent to some countries where border controls make delivery of medication very difficult. Examples where we have worked together are Serbia and Italy.

It was pretty amazing to meet Parag face to face after more than a year of working closely with him.