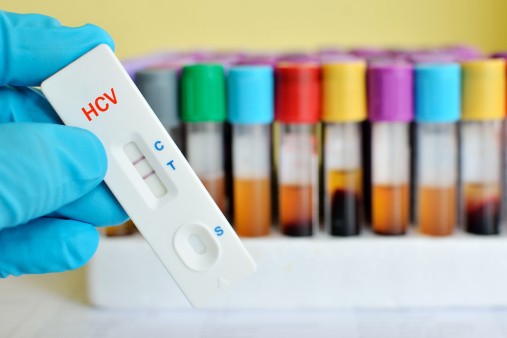 One of the first people I helped with treating G3 was an English guy living on the Spanish Island of Majorca. He caught Hep C from surgery after a motorcycle accident in India, so he found it ironic that both his disease and its cure came from India.

In those days the treatment for G3 was 24 weeks of Sofosbuvir + Ribavirin. It was before generic Daclatasvir became available.

A few months prior to when he contacted me he had been ripped off by a couple of Russians who promised to supply him with the Sofosbuvir + Ribavirin for 10,000 Euros. He handed over the money and never saw those two men or the money again.

So he was a little reluctant to send money to me, a person he had never met living thousands of miles away. But we did manage to work that out and 24 weeks later he was cured. The 24 weeks of Ribavirin included in his treatment made the treatment very difficult because Ribavirin can cause unpleasant side effects. But at the end he was cured and he was happy. Not long after this happened generic Daclatasvir became available and the Sofosbuvir + Daclatasvir combination was hailed as the new wonder cure for Hepatitis C genotype 3, without the side effects of Ribavirin.

The Global distribution of Hepatitis C genotype 3 is interesting. In most western countries such as the USA and Europe G3 makes up about 20% of all Hep C infections but in South East Asia G3 is the predominant genotype of Hepatitis C and causes huge problems amongst a population that can ill afford the cost of treatment.

In other words about 1 in four people with Hep C genotype 3 doing 12 weeks treatment with Sofosbuvir + Daclatasvir was relapsing after the completion of treatment.

There was a lot of talk about this and it was not long before doctors began to prescribe 24 weeks treatment with Sof + Dac for G3.

This certainly lifted the cure rates but not by a huge amount; Sof + Dac was still only giving a cure rate of 90% or less for G3. Hep C genotype 3 was proving a really difficult beast to kill.