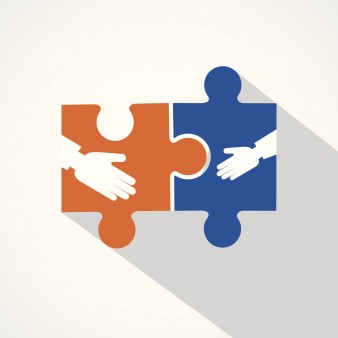 Recently a story from Denmark came to my attention, it was about a 16 year old Danish girl who was born with Hepatitis C, infected through vertical transmission from her mother.

She was refused access to free treatment within the Danish public health system because the Danes, like many other European nations, triage access to Hepatitis C treatment. That is to say in Denmark a person with Hepatitis C has to have a fibrosis score of F3 or F4 before they qualify for treatment. In other words a person needs to either have cirrhosis or be very close to cirrhosis to get treatment through a Danish hospital.

Fibrosis is a measure of the amount of scar tissue in the liver caused by damage to the liver by various agents. For example a heavy drinker of alcohol will cause enough damage to their liver to get cirrhosis, as will the consumption of other toxic substances. In the case of Hepatitis C the damage is caused by the Hep C virus, which “breeds” inside liver cells and ultimately destroys the cell it has infected.

So this 16 year old girl was being denied treatment by the Danish public health system because she was not “sick enough”.

In effect she was being told to… “Wait until the Hepatitis C virus has done significant damage to your liver and then we will treat you.”

This practice of triaging to access treatment using fibrosis levels is not sensible or fair because fibrosis does not accurately reflect how sick a person is from Hep C. I know many people who were F0 or F1 who were suffering terribly from the effects of Hep C but because they did not have enough liver scarring they were denied treatment.

But back to our 16 year old friend, the story has a happy ending.

Thanks to the efforts of a Dane named Gert Lykke this girl’s parents were able to get hold of generic Harvoni from India and she has now completed treatment and is cured.

The hospital said yes to “monitor” the 16 year treatment,
Even though the medicine is not approved in Europe for 12 to 18 years old yet. The doctors in Denmark are getting their eyes up for the genetic HepC medicine from India it works

The treatment ended in the first week of September 2017 and the virus was undetected.

But what about the other people in Denmark with Hepatitis C?

Denmark has a population of just under six million and Danish authorities estimate that there are more than 20,000 Danes who are infected with Hepatitis C.

Denmark is one of the richest societies in the world, although Denmark is so very rich, a person with Hepatitis C needs  a Fibroscan score of over 10 (F3 or F4) before they can access government funded treatment for their Hep C.

Things in Denmark began to change last year when Gert Lykke decided to treat his own Hepatitis C using Indian generics. Like myself, and many other Hep C activists, Gert did not wish to wait for “free” treatment while his liver was getting more and more damaged by the virus.

Early in 2016 Gert read a couple of articles in Danish newspapers about generic Hep C treatment from India.

This is Gert’s story.

“Last year, there were a few articles in some papers where Danish people travelled abroad to buy Hep C medicine. I even read such an article in a Danish newspaper by a “coincidence” ... then my journey started towards myself  to buy my Hep C medicine from India.

First I used the Danish health service as much as I could.

I asked them to examine my liver status, genotype, virus volume, fibro number, all to get a baseline of my condition before treatment. Then I checked to see if the hospital will monitor my treatment using generics and they agreed.

Then I did a lot of research to find and contact a reliable seller and order Hep C medicine, which I then got sent to the UK because Denmark does not allow importation of generic medicines for personal use.

After some waiting time the package arrived in London, I was very anxious and stressed while waiting for this package to arrive because I saw in it all my hope and my future, my return to good health.

When I received news that the medicine had arrived at my friend in London I was filled with tears of relief and joy!

The next step was that I had to travel to London and bring my life-saving medicine back home to Denmark. This was no problem because I had already learned it is legal to bring these medicines from the UK to Denmark but not from India to Denmark. A stupid rule!!!

Then I was back home and started my treatment. Here I confess to insecurity, was the medicine real, would it work, what were the possible side effects of treatment. Many questions appeared. And of course some people were very negative and sceptical about this treatment!!!

Then after just 4 weeks I got my first blood test results.. The hospital tested my viral load and after only four weeks the virus level was  “undetected”… here again I shed tears of joy. Truly I could not believe it.

Then the next blood test after 12 weeks of treatment was also virus “undetected”… so much good news! So much relief!

Then the blood sample 12 after treatment was completed; again the result was “undetected” and my complete cure was declared by the Danish health authorities.

Once I was cured and I was certain that the medication worked properly I became dedicated to helping other Danes with Hep C to get treatment.

I contacted the Medicines Agency in Denmark, and explained to them that it seemed to be double punishment, at first we could not be offered treatment within the Danish health system and then we are forced to leave Denmark to buy our own Hep C treatment.

Medicines Agency responded by telling me that it is legal to send Hep C medicine from Britain to Denmark but not from India to Denmark. This was subject to the following conditions: purchased legally for personal use and maximum amount of 3 months supply.

So now, since this time over the last five months, many people in Denmark have purchased Hep C medicine and many are starting to save up to buy the life-saving Hep C medicine.”

So like myself, and other Hep C activists, Gert has set up a Facebook group for people in Scandinavia (Sweden, Norway and Denmark) and the group grows quietly but strongly.

Gert and I also share the position that money should not be a barrier to treatment and in the short time that Gert’s Facebook group has been operating it provided funding twice for individuals who have not had the financial opportunity to save enough money for their own Hep C treatment.

The message about the Indian generic treatment option for Hep C is spreading slowly but surely through Denmark and Scandinavia as Gert tries to make people aware that they can buy their own Hep C treatment and that they do not have to wait to get sicker and sicker before they are cured.

Gert tells how proud he is to be Hep C activist in Denmark, helping people take control of their health and be cured of this terrible disease. 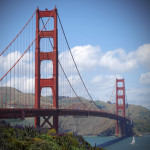 Hepatitis C Is Common Among Trans Women in San Francisco