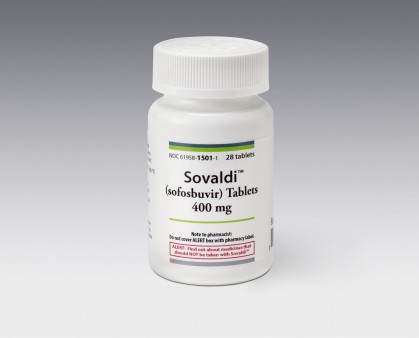 Hepatitis C Treatment: A Short History of Sofosbuvir and Sovaldi

Sofosbuvir was invented in 2007 by, and named after, Michael Sofia, a scientist working for a company called Pharmasset. Sofosbuvir was first tested on humans in 2010 with amazing results and Gilead purchased Pharmasset in 2011.

Gilead did not spend any money researching Sofosbuvir, it purchased a product that was ready to go.

Further testing resulted in Sofosbuvir being approved by the FDA in December 2013 and in the first quarter of 2014 Gilead sold over US$2 Billion worth of Sovaldi. By the end of 2014 sales of Sovaldi had exceeded US$10 billion.

Given that one 12 week treatment of Sovaldi costs less than US$100 to manufacture and it was sold for US$84,000 or almost one thousand times the cost of manufacture, this was a very profitable year for Gilead.

Whilst the huge profits were great news for Gilead and its shareholders the exorbitant price was bad news for most of the more than 100 million people around the world with Hepatitis C because the price put Sovaldi beyond the reach of most people, even in wealthy countries like the USA.

However it was not all smooth sailing for Gilead. The Indian Patents Office did not consider Sofosbuvir sufficiently innovative to be granted a patent and immediately India’s very capable pharmaceutical manufacturers saw a huge opportunity to make generic versions of Sovaldi.