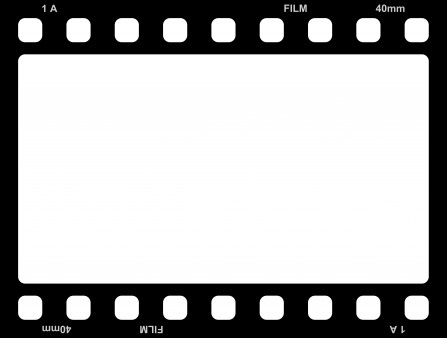 The primary purpose of my visit to India this year was twofold, to meet up with my associates here and to attempt to increase global awareness of Indian generic DAAs as a viable and affordable treatment option for people around the world who are infected with Hepatitis C.

Trish from Foxhound had contacted me several months ago about a project they were working on about Big Pharma pricing and practices in the USA and how citizens of the USA are paying the highest prices in the world for pharmaceuticals despite many of the drugs being developed with funding from the US government and the USA being the largest consumer of pharmaceuticals, per capita, in the world.

After a few emails discussing what they had in mind I had a Skype conference with the entire Foxhound team.

What they were after was a citizen of the USA who had travelled to India to buy generic medicine there. The plan was to film a re-enactment of this person’s journey to India to buy medicines that they could not afford in the USA and then to interview the various people involved in the process.

Because I had been helping people from the USA with travelling to India for quite a while I suggested one lady, Elle Hurley, who had travelled to Mumbai where she met my friend Parag Jain, a Mumbai based exporter of Indian pharmaceuticals.

Another happy coincidence was that Foxhound were already planning to travel to India in early May 2017, which time I was also planning to be there.

So with a bit of juggling we organised that I would be in Mumbai at the same time Foxhound was filming Elle and Parag.

Well if it was a few months in planning it was certainly worth it. A chance to meet Parag, with whom I had been doing business for more than 12 months and also a chance to meet Elle.

One of the funny things with the Hep C work that I do is that it is all online and even though I communicate with hundreds of people every week and get lots of wonderful thank you emails from folk I have helped, it is so incredibly rare that I meet any of these people face to face.

So it was really exciting for me to know I would be meeting Elle, come all the way from Texas.

And at this point I have to say something about Elle’s courage in volunteering to do this.

As most people would know there is this ridiculous stigma about having Hepatitis C. Most people are really afraid to let anyone know that they have Hepatitis C. I know people who have gone to live overseas and never returned home because they were afraid of people learning that they had this disease.

Of course this stigma thing is crazy… but it is real. So it was very courageous of Elle to volunteer to come forward and be very public about having had the disease and what she had to do to get the cure.

So it was that my wife Jan and I arrived back in Mumbai from Pune we settled into our hotel and waited for the morning of the 30th of April when we would meet the Foxhound folk and Elle at Parag’s home.

What an amazing morning!

Jan and I were the first to arrive because Parag’s family home was less than 100 meters from the hotel we were staying at.

We received a traditional Jain welcome at the door from Parag’s lovely mother with a gift of food that she delicately placed in my mouth and a smear of fragrant paste on my forehead. Entering the tranquil living area we met Parag’s father and brother.

The Jain home was sparsely furnished and has a very serene atmosphere.

Some minutes after we had entered the Foxhound film crew arrived with many trunks of camera gear and sound equipment and in a few short minutes the Jain family home was transformed into a filming studio with lights and cameras and microphones and cables everywhere.

Parag’s mother was a little bemused at the transformation of her home into a work space.

When she eventually arrived, it was a very moving moment for me to meet such a brave and interesting woman and we shared a few tears in our embrace.

From then the day was then divided into filming various interviews.

I was taken into a separate room and interviewed first…

Despite my quite extensive media experience I have to admit it is all a bit of a blur as I was still a little jet lagged… jet lagged sitting under the spot lights, being hit with many quite difficult questions from the interviewer.

“Is it legal? Who is making the money? Is it safe? How can you be sure of quality? What are the risks for patients?” So on and so on…

I guess the final product will be more a result of the film editor than my own efforts as I felt quite exhausted at the end.

Then came Parag’s interview. Here I have to say that for someone who had not previously dealt with the media, or sat in front of a bank of spot lights and cameras, Parag was very relaxed and answered questions smoothly and intelligently.

The day ended with a traditional Jain feast involving many different and spicy dishes interspersed with slices of mango and watermelon. After dinner and very full Jan and I tottered back to the hotel and lay out on the bed digesting and watching IPL cricket on the TV.

The next day was spent with filming Parag and Elle re-enacting their first meeting one year ago and the various processes that Elle had to go through to get her medicines including meeting an Indian doctor to get a prescription.

Then the final day in India was spent filming and interviewing at one of India’s top pharmaceutical manufacturing facilities.

We all hope that this documentary will shine a light on the outrageous business practices of Big Pharma in the USA and lead to more people being aware that there are much cheaper and highly effective treatments available that are only an email or phone call away.