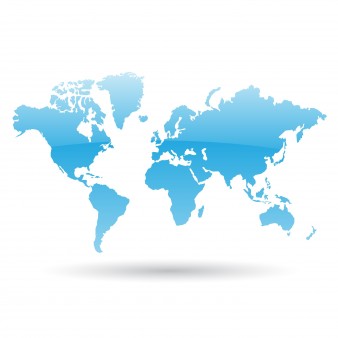 I am now sitting in my hotel room after a morning spent walking and sweating through the Chor Bazaar in the Muslim section of Mumbai. What an amazing place and I’m sorry I only found out about it today, my last day in Mumbai… I could spend days wandering through its maze of back streets and alleys.

Back at the hotel, in air conditioned comfort I get into my afternoon email answering session.

I just answered an email from a lady in Macedonia whose two children, in their early 20’s just found out they have Hep C. Probably caught from the same unhygienic dental practice.

Before that I answered an email from a woman in Malaysia whose father has Hep C; his health is failing and she can’t get the meds in Malaysia, her doctor suggested she contact me.

Before that I answered an email from a guy in the USA who is trying to save up the $650 that a 12-week treatment of Bangladeshi Sofosbuvir + Daclatasvir (Darvoni) is going to cost him.

Before that a guy from the Dominican Republic writing on behalf of his mother who has genotype 2 and whose doctor suggested Harvoni… totally the wrong treatment.

Before that a guy from New Zealand wanting info about generic Epclusa.

This is typical of the emails I get each day; most days I receive about 50 to 60 emails from all over the world, from people wanting information about Hep C medications to cure their own Hep C infection or the infection of a loved one.

50 or 60 emails might seem like a lot of emails but when you consider that there are more than 100 million people in the world who are chronically infected with Hepatitis C, who cannot access treatment, it is very, very small number of emails.

This morning, before I went out wandering in the Chor Bazaar I had a meeting with a journalist from the Economic Times of India, a national Indian newspaper.

This journalist’s speciality is pharmaceuticals and we discussed why it is that, even though Indian and Bangladesh generic treatments for Hep C are readily available, effective and (relatively) cheap, so few people with Hep C in the West know this and so few medical professionals make their patients aware of this option.

We agreed that in many countries it was simple prejudice… a pervasive idea that because the medicines are made by brown people in a non  Anglo-European country then that meant that the medicines are inferior or even toxic.

As I have written in earlier posts, a couple of weeks back Dr James Freeman presented a paper at the World Liver Conference (EASL) in Amsterdam. The paper he presented was the result of two years research following more than 1,000 patients who treated their Hep C with generics.

The results of this research prove without a doubt that generic treatment of Hepatitis C is exactly as effective as treatment with the expensive branded versions of the drugs.

So why are there still tens of millions of people in Europe, the USA, Canada and other parts of the world who have no idea about the fact that affordable Indian generics are easily available and completely effective?

Why do doctors in these countries tell their patients not to even consider treating their Hep C with generic drugs?

My answer is the combination of ignorance and prejudice.

How do we remedy these twin problems?

Education… increasing public awareness that India actually manufactures about 40% of the medicines sold in their pharmacies. That many of the drugs their doctors already prescribe are made in India. That the Indian pharmaceutical manufacturing is world class and that the licensed generic Hepatitis C medication made in India is identical in every way to the brand versions except in the area of price.

During the 10 days I have been here I have sent out press releases to dozens of newspapers in India trying to get some media attention on the issues that surround access to Hepatitis C treatment.

All in all I had two interviews with two very good journalists who both understood the issues. I am happy with that for a week’s work and I hope that some news services from other countries will pick up on the story and increase global awareness of the disease and the cure.