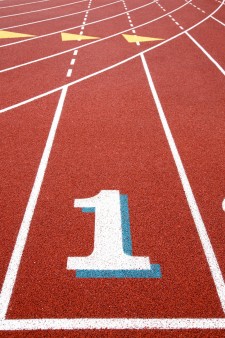 One Year Since End Of Treatment

Twitter
Facebook
Pinterest
Tumblr
Email
Advertisement
It is now one year since I completed 12 weeks of generic Indian Sofosbuvir + Ribavirin treatment for my G2 Hepatitis C. It is now one year that I have been completely clear of the Hep C virus as a result of being able to go to India and buy generic Sofosbuvir.
At the time I commenced treatment my liver enzymes were through the roof and with an ALT of over 800 the doctors I saw were pretty sure I had liver cancer.
Luckily I did not and now my ALT hovers around 20, or lower, and my liver has gone from borderline cirrhosis to F1.
All thanks to Indian generic Sofosbuvir.
I guess in the past year I have directly helped a few thousand people access generic Hep C treatment and indirectly a few more than that, but it is a drop in the ocean.
Around the world there are more than 200 million people with Hep C. Mothers, fathers, sisters, brothers, children, grandparents all of whom could be easily and cheaply cured if they had access to generic treatment.
But they do not have access because of these things:
1. A grossly corrupt pharmaceutical industry
2. Corrupt government agencies
3. Corrupt medical establishments
4. Corrupt advocacy groups
So every year hundreds of thousands of people will suffer and die because there are people in positions of power and influence who care more about advancing their careers and accumulating personal wealth than they do about the suffering of their fellow humans.
So it has been a very intense year and this week I arrived at something of a cross roads in my life, part of which was that I decided that I needed to completely withdraw from my PhD in order to focus on the Hep C treatment issues. Previously I had thought that taking a year off would be enough however I have realised that I need to focus 100% on the problem of affordable and accessible Hep C treatment.
So this week I officially withdrew completely from University, quit my PhD, and it was like a weight being lifted off my shoulders, I no longer felt as though my mind was divided between my Hep C work and my PhD studies. I was actually surprised how relieved I felt.
The other thing that stands out from this week is a very deep and intimate conversation I had with a person who was treated with Interferon a couple of years back and who suffered terrible side effects that included a considerable amount of permanent physical and mental damage.
The extent of the damage really shocked me even, though it is a story I have heard many times before from other people who had been treated with Interferon, this particular conversation was the first time I had really gone into the exact details of how much damage Interferon can cause.
Including death.
And yet in the UK and many other countries the medical Establishment still use Interferon to treat people with Hep C... because it is cheap and the pharmaceutical companies have a lot of stock to clear.
Advertisement