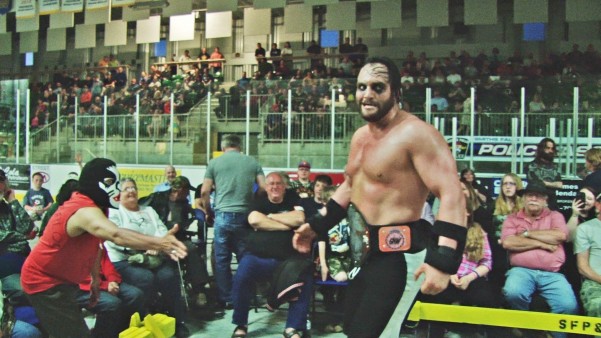 A lot of people who have been following my Hepatitis C story and Hep blog updates have been messaging me through my Facebook page and Facebook Hep C Fight page about how I’ve been feeling one year after finishing treatment (which I completed June 23, 2013) so I thought I would do an update for everyone.

I have had a busy year athletically and it’s safe to say my physical ability returned after treatment due to a lot of hard work and dedication. I began training in October twice a week at Tristar MMA in Montreal with my coach 5 time Olympian Doug Yetes for the 2014 Canadian Greco Roman Nationals in Amateur wrestling which took place last March in Winnipeg. The training was excellent as I was training with top level wrestlers and MMA fighters including some current UFC fighters. I ended up taking bronze at Nationals which I was happy with since I hadn’t competed in amateur wrestling in more than two years and it was my first tournament of the season.

I had a try out with the CFL’s expansion Ottawa REDBLACKS team in May. I was told my times were good and my athleticism was good but having never played football I didn’t make the final team as they were looking for seasoned players. The experience was still positive however as I had been on Championship Rugby teams in the past and always wanted to try football. I also thought it was cool that they put a picture and story of me up on the official REDBLACKS site after the try out.

On May 10, 2014, I returned to the pro wrestling rings after a three year hiatus from the sport to win the Great North Wrestling Canadian Championship from Jeremy Prophet before a large and loud crowd. It was a lot of fun and I had some other big matches in Quebec that month. I will be defending my Canadian Championship against the Champion of Japan, AJ Styles on August 30 at the Robert Hartley Arena in Hawkesbury Ontario in a 2 out of 3 falls match and I’ve been training very hard for that.

The biggest try out I have coming up is with World Wrestling Entertainment scouts on July 18 in Iowa. I have been training twice a day for this getting into the best shape of my life so I’m hoping everything goes well there. I know I have the talent to work for that company and could do very well for them if given another opportunity.

In related news, I received a lot of worldwide press last month for my legal victory over WWE Hall of Famer Larry “Abdullah The Butcher” Shreve in my case against him regarding negligence, assault and battery after he cut me with a hepatitis C infected blade multiple times after cutting himself several times with the same blade. Shreve has a history of Hepatitis C Genotype 2 (the same type that I had), has a fatty liver and suffers from Hepatic Coma which from what I understand is one of the advanced stages of liver disease.

I had no prior history of Hepatitis C before being cut with the unsanitary razor blade by Shreve and cutting another entertainer with a hepatitis C infected razor blade is not a normal or accepted part of a professional wrestling match which is basically athletic entertainment.

I was awarded approximately 2.3 million dollars in damages by the judge, much of that was compensation for loss of income as having Hepatitis C caused me to have a potentially lucrative WWE contract rescinded in 2009. As Mr. Shreve as demonstrated contempt for the Canadian courts for much of this process, it is likely that the judgement will ultimately have to be executed in the US where he currently resides.

Although 2.3 million may seem like a lot of money my legal fees and related cost during this process that has been going on since 2010 have been astronomical and having Hepatitis C has actually cost me 3 jobs in total. Two of those places of employment were jobs unrelated to wrestling in my regular fields. The treatment process has been extremely expensive and much of my medication has not been covered by the government. On top of all this there is no certainty that I will ever get my WWE job back and I had been working toward that goal my entire life. Having that ripped away from me due to Hepatitis C was absolutely devastating.

To end on a positive note, I am permanently cured now and very much appreciating being healthy again. I hope that easier and less expensive treatments come out in the future and that a vaccine is eventually approved for Hepatitis C as the potentially deadly disease is a massive health issue in the world right now.