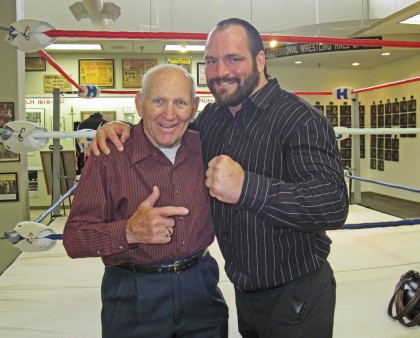 Grateful for the Second Chance at Life

Although I wrote a one-year post treatment Hepatitis C update blog for Hep back in early July, I have been receiving a lot of messages though my “Devon Nicholson Hep C Fight” Facebook page as well as my personal Facebook page regarding my life so I did a “1 year post Hepatitis C treatment” video update that I posted for people who have been following my situation (see below).

In the update, I discuss a lot of things including how my recent WWE tryout in Waterloo, Iowa, USA, went. Everyone who knows me has been interested in seeing if I’d get another shot with them now that I have been declared officially cured of Hepatitis C. For those who aren’t aware of my story from 2004-2009, I had numerous tryouts and several TV matches for World Wrestling Entertainment in my quest to reach my lifelong dream of obtaining a WWE contract. When I finally obtained the contract in June 2009, I soon found out that the Hepatitis C Virus was active in my blood. This ultimately lead to my WWE contract being rescinded in late August 2009 causing my dreams to be shattered and the loss of a contract that could have led to me being financially set for life.


Ultimately there was a legal situation with WWE alleging they had violated my human rights due to rescinding my contract due to Hepatitis C despite the company having a “No Blood” policy where matches would be immediately stopped if accidental blood occurs. The lawsuit was ultimately resolved without going to court in June 2012.

There was another lawsuit filed related to my Hepatitis C situation against WWE Hall of Famer Larry “Abdullah The Butcher” Shreve regarding the negligence, assault and battery regarding the transmission of the disease as he cut me without permission with an unsanitary razor blade with his blood on it during a pro-wrestling match. This lawsuit went on for 4 years and ultimately he was found guilty as I was negative for Hepatitis C shortly before the match and he had a history of being Hepatitis C positive. There were many other factors involved and a lot of testimony taken into consideration but the end result was he passed me the disease.

Although the 2 matches I had at my tryout went well and I was told by one of the scouts he was going to recommend that WWE recruit me, he advised me it was ultimately an “office decision” so only time will tell if I get another shot or not.

I address other matters in the video including why the first 16 episodes of my Hepatitis C treatment updates are not online at the moment and I give some treatment advice to current patients.

The main message I try to get across in the video is that I’m very grateful to be cured of the disease and given a second chance at life. If I end up getting a WWE contract again I think it would be absolutely fantastic however I am incredibly happy to be alive and healthy right now and I believe I will be successful whether I ultimately am re-signed or not.

I have included below the “1 year post treatment” Hepatitis C update video as well as the video of a recent 2 out of 3 falls professional wrestling match I had with Great North Wrestling against “The Phenomenal” AJ Styles who is the World Champion of New Japan Pro Wrestling, the second biggest professional wrestling company in the world. I had this match on August 30, 2014, less than a year after being declared “CURED” of Hepatitis C and am very proud that I was able to go the distance with this top wrestling Superstar after such a long battle with the potentially deadly Hepatitis C virus.

Have a great Canadian Thanksgiving weekend everyone!!!