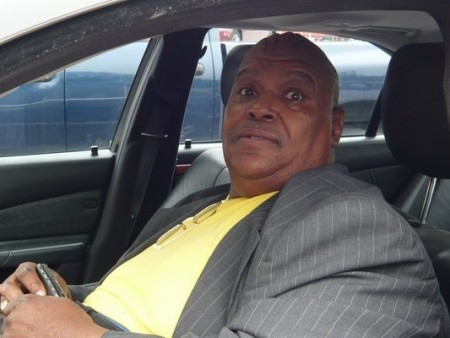 In Devon Nicholson experimental treatment update for week 18 his special guest is Maximilian Moskal, a film maker who produced “This is Hannibal,” a movie about Devon Nicholson’s battle with Hepatitis C that has appeared in several film festivals.

Devon discusses in this update the disappointing news he recently received about his treatment likely being extended from 24 to 36 week. He will receive confirmation on the extension when he meets with his liver specialist again on March the 5th. Although Devon’s current treatment appears to be working so far his specialist is concerned about remission and wants to ensure he has the greatest chance at being permanently cured of the disease. Despite having a Rapid Viral Response and testing negative during his first treatment, the Hepatitis C returned at Devon’s 6 months post treatment test and he was not cured of the disease. Devon’s Hepatitis C specialist feels that undergoing a full extra 17 weeks of medication this treatment than he did last time (stopping at week 19) will give him a greater likelihood of a Sustained Viral Response.

The treatment extension will be tough on Nicholson as he is only receiving a fraction of his regular pay while on sick leave despite having higher costs of living. He is still experiencing medication related weight loss due to side effects such as low blood cell counts, muscle wasting, overactive thyroid, nausea, vomiting, diarrhea, taste changes, fatigue and flu like symptoms and others.

When talking with Moskal, Nicholson discusses how dangerous the Hepatitis C epidemic is becoming as it now kills more people than AIDS and is the number 1 reason for liver transplants in the US. Over 170 million people worldwide are “known” to be infected with Hepatitis C. The fatal disease is very common however many people (such as Larry “Abdullah the Butcher” Shreve) will not publically admit to having the virus despite testing positive for it. There are other infected individuals that don’t know they have the virus yet as most people with Hepatitis C will not find out they’ve contracted the disease until liver damage shows up during routine medical tests.


Moskal and Nicholson go on to talk about the “unsanitary cutting incident” where Nicholson was assaulted with an unsanitary razor blade by Shreve in a 2007 professional wrestling match. Pro Wrestling is a combination of acting and athleticism where the outcomes of the matches are pre-determined. Being cut with an unsanitary blade is not a normal or accepted risk in the field as you cannot legally agree to the risk of death from sports. Shreve is so addicted to cutting himself and others that the grooves in his head are deep enough that he often slips quarters into them for photographs. He has a reputation for cutting people without permission that has been exposed more and more since the allegations of negligence, assault and battery from Nicholson have publically surfaced. There is an ongoing lawsuit against Shreve in the Ontario Superior Court of Justice regarding Nicholson’s allegations. Nicholson is being represented by the highly esteemed Ronald Caza of the Caza Saikaley lawfirm in the matter.

Click here to buy “This is Hannibal, The best of Devon Nicholson” on DVD.