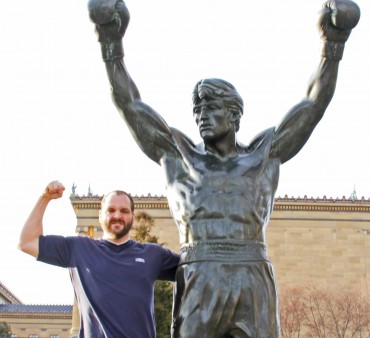 Devon Nicholson has been under a lot of stress lately as it was recently confirmed that his treatment would be extended from 24 weeks to 36 weeks. Unfortunately this causes his treatment end date to change from April to the end of June 2013. The news of this treatment extension has caused a lot of stress on Devon and those close to him as it means the physical, emotional and financial side effects of treatment will continue for another 3 months.

To accentuate his despair Devon received some further unfortunate news when his insurance company, Manulife Financial informed him that they will likely not cover him for the final 12 weeks of treatment. As the treatment medications cost thousands of dollars this information caused Devon considerable mental pressure above what he was already feeling from the side effects.

To help clear his mind Devon took the advice of people he respected and got away to a warmer climate for a week to clear his head. Unfortunately he has not been able to perform most of his normal stress relieving activities while on treatment such as amateur wrestling and heavy weight lifting while on treatment. Less physical mind easing activities Devon normally enjoys such as swimming and using hot tubs have also been rare for him lately as water aggravates his skin reactions.

Nicholson was able to have some fun while away as he did an interview about his professional wrestling career and battle with Hepatitis C in Philadelphia which he enjoyed. He also went to see his mentor Wayne “Superstar Billy Graham” Coleman, who had a liver transplant over 10 years ago due to Hepatitis C and recently went through a serious health scare.

Devon’s physical health has good and bad days but overall he has lost approximately 38 pounds so far while on treatment, he has less energy and less strength than he normally does. Doctors believe that exercise can be beneficial while on treatment as it is good for the body and mind. Devon has remained active to the best of his ability while on the medications so far and doing cardiovascular exercise is one of the things that best helps get his mind off of the almost constant itching he has been experiencing while on treatment.