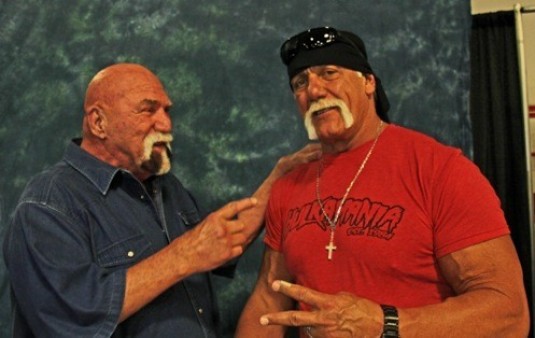 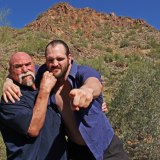 Devon Nicholson’s week 22 experimental Incivek treatment update is very special as it features legendary WWF (now known as WWE) world champion Superstar Billy Graham (real name Wayne Coleman). Graham’s doctors believe he caught Hepatitis C from bloodbath matches in the 1970’s. The “trick” to producing blood in wrestling is to cut yourself with a razor blade. This practice is now banned by WWE but still goes on regularly in other companies. It has not been common practice to “share” blades since the 70’s with the knowledge of blood diseases such as AIDS and Hepatitis C becoming common in the late 80’s and early 90’s.

There have been many documented cases of wrestlers from Coleman’s era being Hepatitis C positive. Unsanitary cutting practices were common in the “bloodbath era” of the 70’s. There have been several wrestlers who have died from Hepatitis including “Hangman” Bobby Jaggers in September 2012. Jaggers was known as a “bleeder” and wrestled Larry “Abdullah the Butcher” Shreve in blood matches several times.

The Hepatitis C virus can be active immediately or lie dormant for decades before taking effect. It didn’t effect Billy Graham right away however it didn’t take long to have a negative effect on Nicholson’s health. Signs of Hepatitis C having a serious negative effect on an infected patient are skin problems including blisters and vesicles on the dorsal aspects of the hands. Both Graham and Shreve have such blisters. Dark urine, yellowness of the skin and eye, grey stool, and loss of appetite are other symptoms of Hepatitis C induced liver problems.

Chronic Viral Hepatitis kills approximately 1 million people worldwide each year. To prolong death from the disease liver transplant is an option however failure of new liver occurs in between 10%-15% of all transplant cases. Liver cirrhosis is the stage of liver deterioration when normal liver tissues are replaced by scar tissues, fibrosis and lumps. It can lead to liver cancer, liver transplants and death. Hepatitis C now kills more people than AIDS.