Day 83 - Lots of Walking but No Marathons 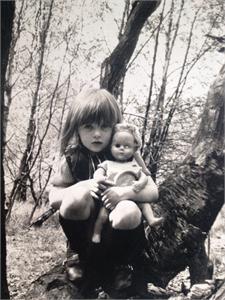 This week has been great. I’ve had much longer windows of energy. Twice I’ve walked to and from London Bridge from Waterloo after practically a normal working day at the office. There was a while when I’d be so tired by the time I reached Clapham Junction that I needed Louie to come and walk me home.

It’s hard for people to comprehend what’s going on inside as I look fine. People who see me all the time can tell I look tired but no one’s going to give their seat on the train.

I had a friend who suggested I run a marathon when I was doing my last treatment. First I thought she was joking, when I realised she wasn’t I felt like someone had winded me. This was someone who saw and spoke to me a lot. It made me wonder what she had heard coming out of my mouth. When I told her that it was impossible and that I even needed help doing the shopping she said, well you know your own body, as if somehow I was letting everyone down by not doing something heroic while I was ill.

This time around there haven’t been any incidents as extreme. Sometimes I have to explain to the same people my limits more than once but on the whole I’ve been supported. I’m lucky to work at The Trust. We are used to seeing people through treatment. When I’ve been irritated my colleagues have pointed out that I must be on ribavirin and when I’ve been tired they have said go home.

Following on from my Wimbledon Common swan here’s one of me on the Common circa 1970. I used to go there with my father while my brother and sister were at school. This is me and my favourite doll in my tree-house.

This entry was originally published May 4, 2013 on The Hepatitis C Trust. Reprinted with permission