Day 79 - Not Abusing Policemen and Not Crashing Cars 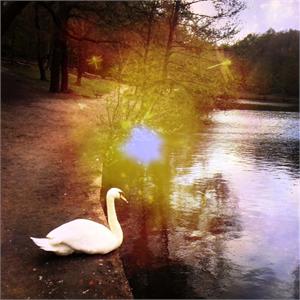 I’ve got just one week left of treatment as from today. It’s coinciding with a stressful week of meeting and missing deadlines.I feel ready to pop but I haven’t lost it with anyone. People who have been on interferon treatment will marvel at this. Ribavirin (one of the drugs used to treat hep C) combined with the interferon means that you find yourself in white hot rages without any notice. On the last treatment I abused policemen, had breakdowns over socks going in the wrong drawer and tried crashing my car on the passenger side to shut my passenger up ( it wasn’t Louie). One of my work colleagues got banned from Asda and another, normally very mild, friend found himself kicking the side of a bus ferociously because someone pushed in-front of an old lady.

This time I’ve managed my irritability and not been a danger to others.

I have a true friend who I text saying can I call you and let off steam. She’ll text back saying I’m ready. By the end of the chat she’ll have coaxed me into dealing with my irritations pragmatically instead of telling the world and everyone in it how f****** annoying they are to me. It seems the ribavirin is lethal in combination with interferon but it’s on own it’s not so bad.

The pic is a swan at Queensmere Lake on Wimbledon Common where Louie and I had a walk on Sunday.

This entry was originally published April 30, 2013 on The Hepatitis C Trust. Reprinted with permission