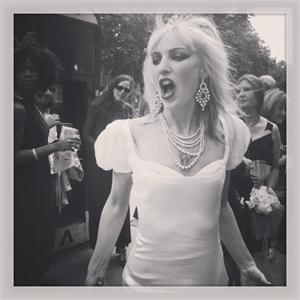 I was in my office at 8am this morning. I haven’t done that in 7 years of working at The Trust. I was the 1st person in and I told every single person as they arrived. Someone told me to be quiet because I was scaring them

On Saturday I went to a wedding. Social occasions have been an ordeal of late. They have meant being out and feeling ill as opposed to being at home and feeling ill.

I enjoyed this wedding though. I had fun chatting to old friends and new people and I was genuinely interested to hear what people had to say. I made a speech for the bride, Kirsty because she is one of my oldest and closest friends.

I’ve had a major shift in my outlook. When you have a chronic illness you become insular. Without realizing it you draw an invisible line between yourself and the rest of the world.

There are reasons not to let people get close. One reason is obvious; when you are ill everyone is annoying. I haven’t wanted to get into conversation with people because it inevitably leads to having to talk about myself. There is no point getting to know new people if you feel too tired to go and see the ones you know already.I wasn’t conscious that I had been doing this but now I’m getting better it’s crystal clear. It’s like letting the sun back in after a long winter.

This entry was originally published July 24, 2013 on The Hepatitis C Trust. Reprinted with permission.