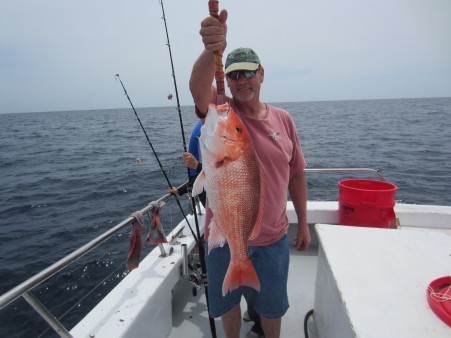 I am 61 years old. Growing up in the 1960s and ’70s meant exposure to drugs, and unfortunately, I experimented with them. In my teens, I developed a liking for intravenous meth, which led to contracting hepatitis C. In 1990, a blood test revealed that I had elevated liver enzymes. The doctor thought that it was caused by excess alcohol consumption, but it wasn’t. It would be another six years before I was diagnosed with hep C.

I saw all kinds of specialists. In those days, treatment choices were limited, and the doctor recommended an injectable medicine, recombinant interferon alfa-2b. In September 1997, I started injecting myself every day for two weeks, and then three times a week thereafter. I did that for three years. Although my liver functions had returned to normal, I felt horrible. I still tested positive for the virus, which meant I was a partial responder.

I went without any further treatment for a year. Blood tests revealed that my liver enzymes were abnormally high again, so then I underwent a year of Pegintron (peginterferon alfa-2b) with ribavirin. Within a month of treatment, my liver function was normal and the virus was undetectable. Despite a year of treatment, the virus returned shortly after stopping the medication.

I went a few more years without treatment, and my liver tests were horrible. I did another year of the same treatment and had the same results. Several more years went by, and my liver was getting worse and worse. Finally, Sovaldi became available. I underwent four months of treatment with Sovaldi and ribavirin, and finished in June of this year. I am virus free, and my liver functions are normal. HOORAY!

I am keeping my fingers crossed that I’ve finally beat this monster. I’ll be retested in three months. If that test is negative, I will be retested again in a year. I figure the cost of all my treatments is hundreds of thousands of dollars. I suffered severely from the drugs I took. I wish I could go back and talk to that stupid kid that I was, or kick him in the ass for being so stupid. When you are young you feel indestructible, but you are not! One moment of indiscretion can lead to lifetime of ill consequences.

“Monsters Within,” by Russell Deardorff

Here I lay across my bed
Wishing that I was dead
Stuck a needle in my arm
After all, what’s the harm I only wanted to get high
To reach up and touch the sky
Now a virus called hepatitis C
Has made its home in me
As it slowly destroys my liver
All I can do is lay down and shiver
A horrible death, I will die
As my loved ones sit and cry.
From acid to crank
And from crank to dust
If one don’t get you
The other must!!

What is your greatest achievement?
Beating hepatitis C

What is your greatest regret?
Intravenous drug use