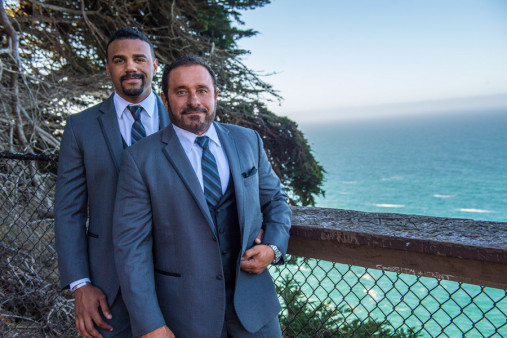 Diagnosed With Hepatitis C in 2018

We are a gay couple. We are not only an interracial couple but also intergenerational. John is 58 and a retired Los Angeles police officer. Marcus is 26, a college student with a full-time job. We live in Texas but consider ourselves non-Texans. We travel a lot, stay physically fit, eat right, don’t smoke and never used drugs.

In early December 2018, a lab error led to John being tested for hepatitis C. We are tested for HIV every three months, but neither of us had been tested for hep C. John tested positive. Then Marcus was tested, and he tested positive. We have the same genotype, 1a. We believe that John probably had it for years and then passed it to Marcus through intimacy.

We had a few more tests and waited for a referral to a specialist to treat our hep C. We didn’t get in to see a specialist until late January 2019. It was really hard getting the referral. By this time, Marcus was sick with dramatically elevated liver enzymes.

We were referred to a specialist in a nearby town with a very good team. They went over the tests, results and treatment and examined us. We felt great after that. Hepatitis C is treatable, and the new meds are effective.

Then our problems began. John has insurance through his former job. He has never had a problem with insurance—even his HIV medication has never been an issue.

The medication prescribed to treat his hep C was Mavyret. The cost came to $13,900 per month. The insurance company wanted more tests, more paperwork. The prescription was transferred to the pharmacy, which transferred the meds to a specialty pharmacy. The specialty pharmacy lost the paperwork and didn’t fill the prescription. Then the pharmacy was going to send John’s meds to the doctor’s office to be dispensed, which is an 80-mile round trip. Now three months after the diagnosis, he still doesn’t have his medication. Formal complaints have been filed with the insurance departments in Texas and California (the state where John’s insurance originated).

So far, neither of us has our medication. It’s clear this is cost-driven. Neither of us has had issues like this before with our health care. It’s pure insurance breach of contract and acting in bad faith. We are now reaching out to lawyers for help in running this insurance gauntlet.

Finding my husband and being together through good and bad times; sharing a life of love, laughter and happiness.

Being pessimistic and losing faith in humanity.

Living my life without my husband.

It’s hard to say, since we just found out. If anything, not getting tested sooner.

We are new to this and don’t know anyone yet.

Making sure we get the best health care possible for this.

Integrity above all else.

If you had to evacuate your house immediately, what is the one thing you would do on the way out?

A head count to make sure everyone was out safely.

A honey badger because he doesn’t care!