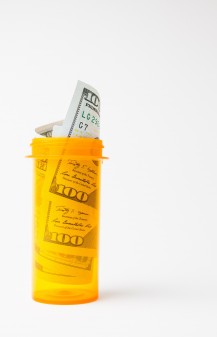 Do Your Meds Cost Too Much?

Three groups from the HIV/AIDS, hepatitis C and LGBT communities launched the #FairDrugPricesNow campaign to address the rising costs of prescription medications.

At the center of the campaign is an educational video to raise awareness about unfair drug pricing and how it disproportionately affects the LGBT community and people living with and affected by HIV and hepatitis C virus (HCV). The campaign calls for more transparency among drug companies.

The campaign is a joint project from the Treatment Access Group (TAG), The Fair Pricing Coalition (FPC) and the Human Rights Campaign (HRC) Foundation; the video was created by HRC with funds from the Elton John AIDS Foundation.

“Over the years, we have seen HIV price increases and HCV drug prices rise to unsustainable levels. The annual and often biannual price increases taken by some HIV drug companies have in some instances resulted in drug costs over 100 percent higher than the initial price of drugs after FDA approval. The recent unconscionable overnight 5,000 percent price increase of a drug for an opportunistic infection in people with HIV and pregnant women levied by Martin Shkreli when he was CEO of Turing and the recent six-fold price increase taken by Mylan for its EpiPen for life-threatening allergies in both adults and children are only the tip of the iceberg,” says Lynda Dee, FPC cochair, in a press release.

“There have been numerous Congressional investigations and a comprehensive report issued by the Senate Finance Committee on astronomical drug prices and price increases, but nothing has really changed to date. Thus, there is a need to raise awareness and mobilize the LGBTQ community to address this continuing crisis,” Dee continues. “We have a long, successful history of self-education and activism. Now is the time to turn our attention to unsustainable drug pricing and price increases.” 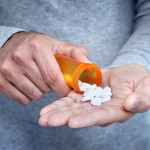 What America Got Wrong About Painkillers, Addiction & the U.S. Opioid Crisis 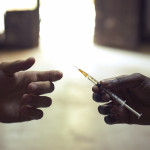