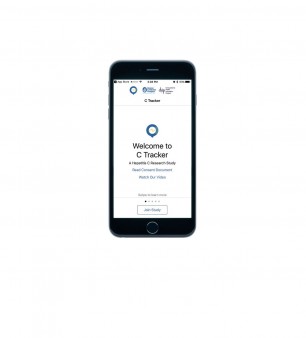 Boston Children’s Hospital recently released a new app that will allow people living with hepatitis C virus (HCV) to take part in a research study that collects information about the real-world effects of antiviral medication on their routines and about their health status throughout HCV treatment. The new health tool, called C Tracker, is now available for iPhone users at the App Store, according to iMedicalApps.com.

C Tracker joins other medical apps —such as GlucoSuccess, Parkinson mPower and Asthma Health—on Apple’s ResearchKit platform, an open-source software framework that uses the iPhone’s features to hone in on users’ health. The main goal of C Tracker is seeing how patients are responding to the latest hepatitis C treatments in everyday life.

C Tracker functions by sending participants a reminder every four months to fill out in-app surveys related to their well-being and medical care. C Tracker also works with wearable devices, such as the Apple Watch, to help collect information about physical activity, sleep patterns and users’ real-time locations. To participate in the program, one has to be at least 18 years of age, diagnosed with HCV, a U.S. resident and able to read and understand English.

To help protect users’ privacy, C Tracker’s developer does not collect personal information such as full name or birthdate in its database. The medical app requires only that users provide their birth year. Users are given a random number associated with the information they provide to let researchers know that it’s been sent by the same person. Boston Children’s Hospital does intend to share its research with others but only if a user signs a consent form giving permission to do so.

Hepatitis C Testing, Treatment Fell in the Early Months of the COVID-19 Pandemic

Most People in Homeless Shelters Are Satisfied With Hepatitis C Treatment