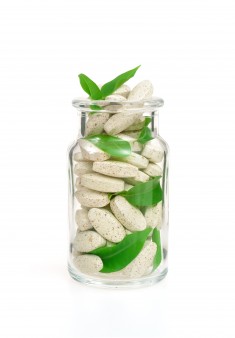 Herbal and dietary supplements are now a major risk factor for chemical-induced liver damage across the United States, with injury rates more than doubling over the last 10 years. According to a recent study published in the journal Hepatology, more than 116 different products on the market today could be putting people’s health in danger, Reuters reports.

To assess the scope of liver problems caused by supplements, researchers at Einstein Healthcare Network in Philadelphia reviewed data from several studies presented at a U.S. National Institutes of Health conference. They also looked at 130 cases of supplement-related injuries reported in a U.S. database of drug-induced liver injuries over the past eight years.

According to study findings, steroids, which have long been known to be a health risk for liver issues, accounted for more than a third of these cases. However, the remaining 85 cases were attributed to 116 different products, including several green teas and suspicious mixtures labeled simply as “Chinese herbs,” “Korean herbs” or “Ayurvedic medications.” Many liver injury cases were also tied to popular diet brands such as Slimquick, Herbalife and Hydroxycut.

Study authors noted that since most of these products contained multiple ingredients, and many product labels didn’t provide a full list of their ingredients, it was hard to determine which chemicals might be the culprit. The U.S. Food and Drug Administration currently does not monitor the vitamin or supplement arena, which is consequently filled with false claims and questionable ingredients.

The study goes on to point out that one in five cases of chemically related liver injury today come from herbal and dietary supplements. As a result, study authors are warning people to make sure they tell their doctors about every single pill they’re taking and to monitor their health closely while on any extra supplement.

Signs of chemical-induced liver damage include fatigue, itching and nausea, which can then progress to jaundice, fluid accumulation, bleeding and mental confusion.