Rolf Benirschke became a hepatitis C virus (HCV) treatment advocate after he tested HCV positive while applying for life insurance in 1998. It was yet another serious health challenge for him to overcome.

During his second season as a kicker with the San Diego Chargers in 1978, he was diagnosed with Crohn’s disease. As a result, he had his colon and part of his intestine removed in surgery. 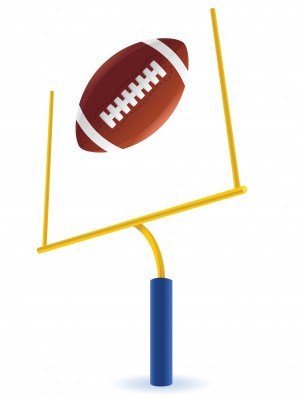 Benirschke needed almost 80 units of blood to survive the surgery. He was in an intensive care unit for nearly six weeks and lost 65 pounds. Benirschke didn’t believe he would ever get to play again in the National Football League.

Thankfully, the Chargers welcomed him back. Benirschke had a stellar career with the team, winning accolades for his work on and off the field. Dealing with Crohn’s disease had made him into an advocate for people affected by it.

So becoming a hep C advocate was part of a familiar pattern for Benirschke. Rising to the challenge was his only option, as far as he was concerned. Besides, his two major health concerns were linked, since his becoming HCV positive was likely a result of the blood he received in surgery.

In retirement from professional football, Benirschke started a family and a business. He also tried to get cured from hep C—the third time was a success. Click here to read more about his HCV journey and his continuing advocacy.

Benirschke is a believer in the newer hep C treatments, which have little to no side effects. His three attempts at a cure were all with the older HCV drugs. In his first attempts, he endured side effects so severe that he waited a few years before trying for the third time.

Older cures took months, but things are much better now. In fact, the current standard of 12 weeks of treatment to achieve a cure is being pushed ever shorter. Eight weeks is beginning to look like a new standard, but even newer drugs in the pipeline may cut that time down further. Click here to learn more.

The excitement of the high probability of getting cured by newer hep C drugs is often coupled with the disappointment of not being able to afford the treatment. Click here to learn more about a new campaign attempting to address rising costs.