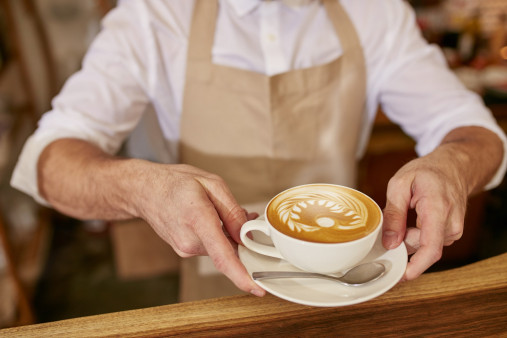 Researchers found that more than 700,000 fewer people would die if the per capita coffee consumption were four or more cups per day.

Increasing coffee consumption from about two cups to four or more cups per day across the population could help reduce deaths from liver disease, according to a study published in Alimentary Pharmacology and Therapeutics.

Hepatitis B and C, fatty liver disease, heavy alcohol use and other causes of liver injury can lead to cirrhosis, liver cancer and end-stage liver failure. Globally, cirrhosis causes more than a million deaths, accounting for some 2% of all deaths each year.

Earlier studies have linked coffee consumption with better liver function and slower development of cirrhosis. A dose-related positive effect on death from liver-related causes has also been reported.

Paul Gow, MD, of Austin Health and the University of Melbourne in Australia, and colleagues conducted a study to determine the effect of drinking more coffee on worldwide mortality from liver disease.

The team used data from the 2016 Global Burden of Disease study and mathematical modeling to analyze the impact of increasing coffee consumption per person on liver-related death across 112 countries for which coffee consumption data were available. The data set included information on men and women over age 15 and the number of deaths due to hepatitis B and other liver disease in 2016.

While these results were statistically significant, more studies are needed to confirm and advance this finding.

“Based on available data, coffee represents a simple, relatively safe and accessible public health intervention that may reduce liver-related mortality globally,” wrote the authors. “If the impact of coffee on liver-related mortality shown in cohort studies is confirmed in clinical trials, increasing per capita coffee consumption to more than two cups per capita per day on a population level has the potential to avert hundreds of thousands of deaths from liver disease annually.”

Click here to read the study in Alimentary Pharmacology and Therapeutics.