The Time I Overdosed

Hard to write, probably hard to read if needle talk bothers you. Be warned. 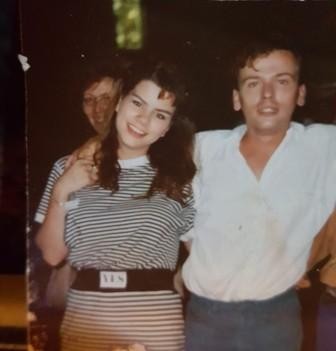 Mark and I Bourbon Street. His family eventually became my family....His Mama saved my life and took me in until I married James.

International Overdose Awareness Day, which I suppose is an appropriate time to share that I overdosed once. I was 16, living on the streets of wherever...Dallas this time. I lost my buddy Mark to HIV in 1997, he was with me in that hotel room. We loved each other deeply, though platonically. Mark was gay.

Mark and I promised one another to never lock any doors because we were shooting up several times a day. But I was stubborn and greedy, I didn’t always want to share my drugs. Mark loved me anyway, he would laugh when the party had died down, everyone had passed out or left, we were all out of cigarettes and I would magically pull out half a pack. Yes! He appreciated that one of us was considering that rainy day fund of smokes, pot, or meth. So that was my habit, as is pretty common I am sure within those circles. We all held out a little. 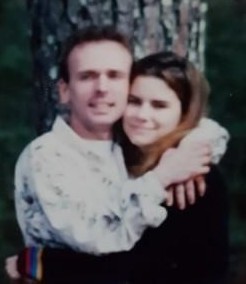 We were living in a hotel in Dallas, Love Field area by Southwest Airlines; our room would shake as airplanes flew overhead. Like I said I was stubborn, greedy and addicted. Even my buddy Mark didn’t always know about my stash; perhaps not specifically, but he knew I had a tendency towards hoarding drugs, so after I had locked myself in the bathroom a few times he used a knife to unscrew the doorknob on the bathroom door. Did you know drug addicts are often very creative and resourceful? Yep, No door knob? No problem. I wrapped one of the handkerchiefs we used to tie ourselves off from the towel rack to the door hole to lock it closed.

I prepared a shot for 2 thinking I would only do the half but you know…my inner addict was greedy. And stupid. I started to shoot the whole thing. I remember fading away as my eyes seized back and forth. Out of breath as I rushed and fell to the floor. I guess Mark heard my thud and kicked the door in; he said I was out for several minutes. I came to, his eyes wide and scared, yelling at me, needle still hanging out of my arm, not even all the way injected. 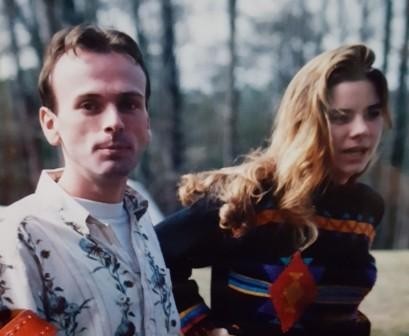 Mark died of HIV just as the new anti-virals were coming out. This motivates us to consider that there are people we need to reach before its too late.

Later that evening, Mark’s mama called; she called every day. It hurts me to imagine the pain we put her through. She called and I answered; she was hysterical. See Mark’s mama was the Godliest woman I have ever known; she literally prayed so loud, hard and powerfully I would get chills when I lived with Mark in the house next door to hers. She rocked the heavens until things moved on earth. I answered the phone to her, hysterical, crying, praying telling me she knew something was going on...something bad and she was going to call the fire department. We talked her out of it, but I know it wasn’t a coincidence that she felt urgently compelled to do whatever it took to save our lives that day. She had prayed me back from that overdose.

Now almost 30 years later, those prayers are still working as I joined Mark’s mama’s church just about a year after that incident and never looked back.

Now 30 years after my wild days my life is completely different. Beauty for ashes.

Until now. It’s International Overdose Awareness Day and people like me, people who will recover have children perhaps marry a man who is a world changer, a man who invests everything he has into the lives of people who suffer… see how I am trying to convince you that addicts could potentially amount to something? Someday? they could recover and become president! I feel like a cheap, sell out, when I strategically dance around the fact that many addicts will never recover. And I feel like I am appealing to a , disengaged America that bases human value on things like money, energy, and good looks. Where is the understanding that “But for the grace of God go I”? Truth is some addicts will die having never met their full potential.

We can do better .

Where are you now Christian? Ever attended a Christian Harm Reduction Rally? Me neither.  If life begins at conception does it end at birth? Why aren’t we fighting and rallying for the addict to breathe, live, and survive, just like we do the newborn?  It’s a rhetorical question and I know the answer…”Well, babies are innocent, the addict chooses to behave poorly. Babies don’t have a voice.” Unfortunately, our world has set up a system where addicts don’t have a voice either. What I mean is addicts can’t speak or reach out because they will only always be punished. I love life, and I appreciate the  to save lives but is it appropriate to ensure babies are born only to disregard them once they join a situation that leads to addiction and bondage?  Does the obligation to preserve life stops after the first breath? Why  we fighting for the babies that grow up and still need a voice?

I love to hear that our Govt is considering the allotment of 45 billion dollars to the opioid epidemic but I cringe to hear Trump, and Christie and the President’s Office National Drug Control Policy share that those funds will be used in large part to bolster our police forces and punishment systems. I understand the lock ’em up reflex. And certainly many addicts need correction, and some even find recovery because of our penal system. But in general, people don’t correct poor behavior when punished. Ever your husband so hard it corrected that disgusting habit of his? Me neither.

I don’t know the solution, and the dynamics and stories playing out are endless. Americans have no shortage of ideas on who to blame, sue, lock up and or punish. J. Hector St. John de Crevecoeur said. The nature of our laws, and the spirit of freedom, often tends to make us litigious.  See that? How our spirit of freedom actually leads us to bondage as we look for the best entity to ?  By best I mean most lucrative.  Pharma? The Dr who prescribed that first pill? The addict? Naw…remember he has no voice or money, easy peasy…just punish or better yet hope he dies. Now back to who we can blame and suck money from.

None of these conversations take into consideration the value of love and compassion. Seems love doesn’t pay much and compassion is for pushovers.

Here’s a thought: Human life is valuable. Therefore let’s preserve it at all costs. Period.  Are we some cold humans or what? How have we come so far to no longer see a human as just that...an actual soul, born as a beautiful baby, nursed by a mama with high hopes and still breathing...as long as there is breath there is a chance?

Check yourself. Are you callused and disconnected from your most vulnerable neighbor? Sometimes a prayer is all it takes to resurrect the dead, or maybe a buddy who is looking out for you in a shady hotel.