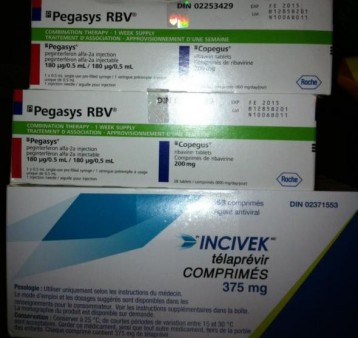 A second opinion: Devon is introduced to the new drug INCIVEK (Telaprevir)

Nicholson takes his test results to a different Hep C specialist in Canada for a second opinion, Dr. Linda Scully at the Ottawa Civic Hospital.  He informs Dr. Scully of his appointments in the US and is told he might be able to get the same treatment done in Canada although the therapy wouldn’t be covered by the government because it’s still in the experimental stages for his type.

After a few weeks of research and a Hep C conference in Prague, Dr. Scully confirms with Nicholson that he will be able to do his second Hep C treatment in Canada and it will include the new Hep C drug Incivek (Telaprevir) along with an increased dose of the standard treatment.

This entry was originally published on September 20, 2012. Reprinted with permission.