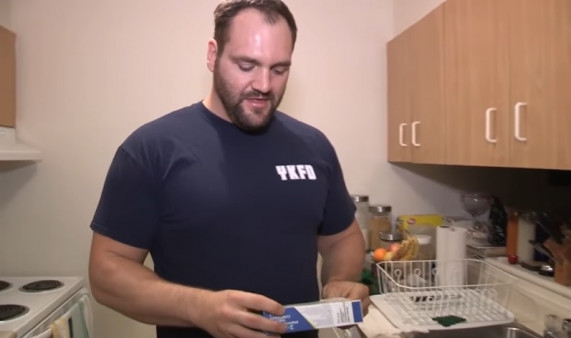 Hepatitis C is a deadly “blood to blood” disease that attacks the liver causing liver cancer, liver failure and death. It now kills more people than AIDS, and is the number one reason for liver transplants in the US. The former National Champion amateur and retired professional wrestler Devon Nicholson began the first day Hep C treatment on October 15th 2012.

Nicholson is excited to be starting the 24 week “triple therapy” that will include the new Hep C miracle drug Incivek (Telaprivir).

“I’m very grateful to get the opportunity to take this medication” the former Canadian open winner in grappling told Devon Nicholson Staff. “Although it has been highly successful at treating patients with Hep C genotype 1, I am genotype 2 and the medication is still in the experimental phase for my type.” Nicholson was first told about Incivek’s possible effectiveness with genotype 2 patients by Dr. Hector Rodriguez, who studied at the world famous Mayo Clinic in Phoenix AZ. Rodriguez is the Hep C specialist who performed the liver transplant on legendary wrestling champion “Superstar” Billy Graham. Graham set up a meeting between Rodriguez and Nicholson who wasn’t having luck finding treatment in Canada. “After failing my first Hep C treatment my Hep C liver specialist in Canada (Dr. Curtis Cooper) told me I would have to wait 4 years for a new medication. Knowing how deadly the disease is I wasn’t ready to accept that answer,” stated Nicholson. Devon went to Phoenix to visit the specialist there, “Dr. Rodriguez seemed very positive that the Incivek treatment would work for me. He gave me requisitions to have more testing done in Canada including a liver biopsy and told me he would look into getting me into an experimental treatment program at the Mayo once he had the results.”

Prior to committing to be treated in the US Nicholson decided to get a second opinion from another Hep C specialist in Canada. “I saw Dr. Linda Scully and informed her of what the US specialist had told me. She said it could be possible to attempt the Incivek treatment in Canada despite my type 2 genotype.” Dr. Scully further researched the possibility at a Hep C summit in Prague before meeting with Nicholson again. “She said I could take the new treatment and I was elated. I told her I wanted to start as soon as possible!” enthused Nicholson. Dr. Scully warned Nicholson about the serious side effect potential of therapy. “She said since I experienced many horrible side effects on my first treatment, I should be prepared to experience even more this time around because I would be taking increased doses of the old medication for a longer period of time and a 3rd medication with its own set of side effects.” Despite the serious side effects Devon remains positive. “The disease has affected me negatively in every aspect of my life and if I don’t get cured it will kill me. The single most important battle of my life will be beating Hep C and I am willing to do anything to accomplish my goal!” Devon’s Hepatitis C treatment will be documented to raise awareness of the disease. He will be releasing weekly treatment update video’s every Friday on youtube. Nicholson’s official Hep C treatment website is www.dontbleedonme.com. Nicholson believes he caught the disease from being cut without permission by an unsanitary blade in a pro wrestling match by Larry “Abdullah the Butcher” Shreve. There is an ongoing lawsuit charging Shreve with negligence, assault and battery. Despite video evidence Shreve denies cutting Devon and has yet to provide any medical evidence indicating that he does not have Hep C. Shreve will be flying to Ottawa Canada for mediation with Nicholson’s lawyer, Ronald Caza in November.

Editors note: Some of the side effect of Incivek triple therapy treatment include but are not limited to:

This entry was originally published on October 15, 2012. Reprinted with permission.