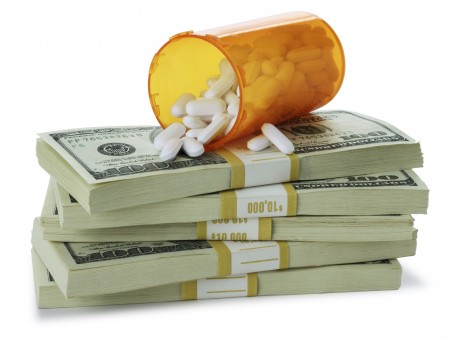 Profiting from Hepatitis C: Lessons from Fleming and Salk

Twitter
Facebook
Pinterest
Tumblr
Email
Advertisement
Over the last few months I have done a number of interviews with journalists and one of the common issues that is raised about the cost of generic Harvoni, generic Sofosbuvir and generic Daclatasvir is:
“The drug companies like Gilead all say that they need to make a profit to justify the expenditure on research needed to develop these new drugs.”
So I thought I might just spend a little time here running through the concept of profit and research. And the truth and lies behind Gilead’s claims.
Firstly I want to make very clear that I am totally in favor of pharmaceutical companies making a profit and being rewarded for their efforts in developing new drugs such as Sofosbuvir, Daclatasvir and Ledipasvir. These are fantastic drugs and the people who discovered and developed them should be both applauded and rewarded.
However how much of a reward, how much of a profit is the real question. And what is the cost of that profit?
A fair profit is fine, a good profit, even a substantial profit; this is fine. But not an obscene profit.
Not a profit that condemns millions of people to long suffering and a slow death.
Not a profit that makes the marketing people into billionaires with more money than any human could ever need or use.
Not a profit that drives people to despair and anger and frustration because they know a cure is available but not accessible to them because of the price, a price that is so artificially inflated that it bears no resemblance to the cost of manufacture or the cost of research.
So let us be clear.
The cost to make a tablet of Harvoni is about 65 cents. The cost to make a tablet of Daclatasvir is less than 20 cents.
Gilead sells one tablet of Harvoni for around $900. Bristol Myer Squib sells one tablet of Daclatasvir for about $500. This is not a fair profit, it is not a good profit, it is an obscene profit.
Let us look a little deeper into Gilead’s claims that it must charge this price because of all the money it spends on research.
As far as I know Gilead did not spend any money on research because it simply purchased the patents for Sofosbuvir from the people who developed it. The exact amount Gilead paid for Sofosbuvir I am not certain but I believe it was around US$5 billion. Gilead made at least that much in profit selling Sovaldi in just one year. At last count I believe that Gilead has made nearly 20 billion dollars profit from Sofosbuvir.
Gilead’s research was not pharmaceutical research, it was market research. Gilead spends lots of money on developing ways of exploiting markets for maximum profitability. That is to say exploiting the suffering of sick people for the maximum profit.
Someone once said to me that Gilead’s marketing motto is: Buy or Die
Gilead also spends lots of money on court costs trying to secure markets and prevent competition. Trying to stop people with Hep C access affordable treatment.
Gilead and the people who developed Sofosbuvir could have gone down in history as wonderful, incredible people who saved millions from suffering and death through this new medical technology.
Like Dr Fleming who discovered penicillin or Dr. Jonas Salk  who discovered the vaccine for polio. These two scientists, these two incredible humans, did not even apply for a patent on their momentous discoveries because they realized how important they were to humanity and ending suffering. They wanted every one on Earth to have access to them.
Gilead and the people who developed Sofosbuvir could have been honored through time like Fleming and Salk  but instead they will be despised. Remembered only for their unbridled greed and callous disregard for human suffering.
Advertisement