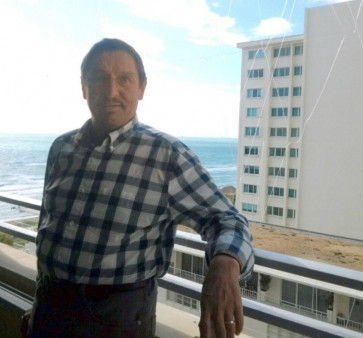 We’re checking in with Hernando to see how things are going post 3 years liver transplant.

Connie: Hernando, thanks for sharing with us your amazing journey. Since you’ve come through a long battle, we’d love to hear what post liver transplant has been like for you.

Connie: Why did you choose the specific transplant center you went to?

Hernando: I was on the transplant waiting list in New York with a MELD score of 28. That score put me waiting for a year and a half from getting a liver transplant. While I was in the hospital being treated for liver cancer a man in the room next to mine came over and told me we shared the same medical condition and possible death from liver failure.

He was there for chemo and told me he was going to Florida for his liver transplant. He said if I stayed in New York I might die before I got a liver since the waiting list was so long. He gave me the name of the transplant center in Miami and a number to call. All I know about this guy is that his name was Mr. Lopez and he was an angel put in my path.

Connie: What medications are you on for liver transplant?

Hernando: Right now I’m taking Zortress which suppresses my immune system so that my body doesn’t reject my new liver. I will be on it for the rest of my life.

I also take Actigall which is a bile thinner. I also take a low dose aspirin which helps prevent blood clots. There were other medications the first year of post transplant with some changes and adjustments.

Connie: How often do you go for checkups?

Hernando: At first I was monitored closely seeing my doctors weekly then monthly and now every six months unless there is an issue. I get regular blood work at a lab once a month that is checked closely for levels and any irregularities by my doctors here and my team in Miami.

Connie: How is your appetite?

Hernando: At first I felt bloated most of the time and my eating was not regular. Then I started to get an appetite which I indulged in and I gained a lot of weight. My glucose levels went up as did my cholesterol numbers. I got it all under control with medications. Now my appetite is good. I’m at a healthy weight and my numbers are good.

Connie: How is your energy level? Do you have any physical limitations?

Hernando: First let me say that in my 3 years post transplant I’ve had some issues that have seriously impacted my lifestyle. A lower immune system can leave you without strong defenses against disease and infections. There is a fine line between preventing rejection and opening up a person to a host of other problems. It has to be fine tuned. I found out the hard way by getting a couple of lung infections and other serious medical issues. Around the first year I got Shingles. While in the hospital I was diagnosed with meningitis. So my energy levels have been up and down dependent on how I’m feeling. When I’m stable I have real good energy and able to stay very active.

You’ve certainly come through a long journey Hernando. What an inspiration you are to us. Thank you for sharing your hope filled story. We look forward to hearing the rest of your journey next week.

This entry was originally published in Life Beyond Hep C, and is reprinted with permission.