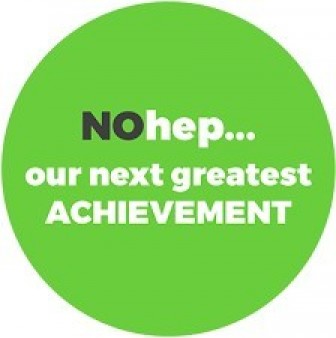 How did you spend World Hepatitis Day?

For me it flew by in a flurry of interviews. Recognising that many people are not comfortable with disclosing their HCV status, and also recognising that the genie left THAT particular bottle a while ago for me, I’m happy to be a public face for hepatitis C treatment and cure.

As a person with lived experience of the virus, as well as a person who has been cured of it, I am in a great position to be able to speak with commitment and gusto about the need for equitable access to treatment for everyone. It’s a point I try to hammer home each time I speak to someone about the subject: everyone deserves the opportunity to have these drugs. Get tested, get treated, get cured. It’s my mantra. I’m pretty sure I say it in my sleep.

I was able to acknowledge the great gains made here in Australia this year, with the announcement in December 2015 that direct acting antivirals (DAAs) would be available through our government-run medical system for everyone with HCV. This included people who inject drugs (PWID) and those people currently incarcerated. After all, to successfully eridicate this virus as a public health risk, they are some of the people we need to reach out to and treat.

As I said in one of the interviews, the capacity to advocate for access to treatment was a momentous thing for me. To think that the advocacy and action of people, some of whom I know well, led to such a decision by the government - it was a genuinely wonderful moment. It’s not often your actions have such an impact on the lives of so many other people, but this was one of those times.

As of the 28th July, World Hepatitis Day, there have been close to 20,000 Australians start treatment with the new DAAs. We know that almost 95% of them will be cured. We stand a real chance of eliminating hepatitis C as a health problem in this country. Thirty years ago, the virus didn’t have a name, but it had a life sentence. Today we have named it, and told it that its time is coming to an end.

For those who are interested, here are the links to the interviews I did.

I was really chuffed to be able to go on ABC Regional radio 12 months to the day I publicly acknowledged that I was being treated for hep C and share the happy ending I have had thus far. The interviewer Kelly Fuller was on this journey along with me and allowed me to share it with her listeners.

Prime TV our local tv station are also very good at helping spread important messages and there the lovely Cassandra interviews some old woman about the importance of being tested, treated and cured.

And of course our great print media came to the party as well, printing a great interview with my friend Steve and me (or as I call us, the Abbott and Costello of Hepatitis).