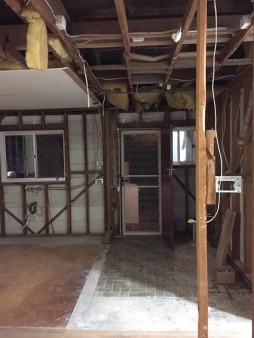 Hepatitis C: One year on

This morning a memory popped up on my Facebook feed from this time a a year ago. It was a link to a blog entry here called “One Day More”. I had written it when I had one day left on Viekira Pak, the drug that cured me.

A year. Twelve months. 366 days (it’s a leap year, after all). This time last year I was taking my last lot of pills and hoping I was cured for good.

I wrote to my specialist thanking him for the gift of yet another year. He replied: “May this be the first annual post-treatment mark of many many to come.”. Here’s hoping!

So, twelve months on, how am I feeling?

Exhausted! That’s how! I’m three weeks into some major renovations that I’d never tacked before because, to be frank, I didn’t know if I’d get to enjoy them for long. My life was often limited because I honestly had no idea what might become of me: my health, my capacity for enjoyment, my job, my life. So I played it safe and hoarded my sick leave, my spare money and my energy because I worried that I might need to call on it at some point in the not-so-distant future. This past  year has allowed me to revisit those strongly held beliefs and shake them up a little.

So I’ve started some work on the house. For the past three weeks I’ve been camping out in my house with no hot water, no kitchen and no shower. Sometime I had no walls, no ceilings and no sanity. Work and workmen have swirled around me, tearing things down and putting them up again, but better, and in different places. I’ve gutted the kitchen, laundry and pulled walls down. I’ve replaced doors and windows and flooring. When it’s finished it should look great. I hope.

If I’m going to live for years longer, I want to do it in a house I like looking at and living in.

This past year has been interesting. Slowly the dread of HCV has lifted from my shoulders. I’m still carrying battle scars from my 30 Year War, but I don’t think about them much any more. Right now I worry about paint colours and window frames, benchtops and handle choices.

I know I’m a lot happier with these worries than my old ones.