Hepatitis C: when one of us bleeds we all bleed

Probably three of the words you never want to hear from your doctor are “I’m sorry but ... ”
This week one of our hep c tribe got some news that was pretty tough. It certainly took the wind out of a few people’s sails. This person had gone from being undetected at 4 weeks to having a viral load of 20,000-ish on the last day of treatment.
As you can imagine that is hard news to hear. To receive that news and relay it to others with dignity and grace - well I don’t know how they did it. I’d be curled in the foetal position.
I think the reason it hits us so hard is that we become so invested with the hopes and fears of other people undergoing treatment. One person’s success becomes a success we can all hope for. If one person has a relapse we are heartbroken for them, but also for our own possibilities.
Scratch one of us, we all bleed.
We want a cure. We want that cure to stick. We don’t just want it for ourselves, we want it for everyone.
We are a tribe that is scattered all around the world. We are male and female, we come from many nationalities and beliefs, we are old, young and everything in between. But we all have this in common. We are united in our desire to see a life without hepatitis C for all who live in its shadow.
So when a member of our tribe, whether we know them in real life or not, gets bad news, it’s a sadness for us all.

As one would expect from this person, they decided long ago not to be defined by hepatitis C and its numbers and markers. His comment was “this sickness is but a nuisance on the trails I love to tread.”

Although we might not be in there in person, we would be honoured to tread those trails with him.

"The Journey
... It was already late
enough, and a wild night,
and the road full of fallen
branches and stones.
But little by little,
as you left their voices behind,
the stars began to burn
through the sheets of clouds,
and there was a new voice
which you slowly
recognized as your own,
that kept you company
as you strode deeper and deeper
into the world,
determined to do
the only thing you could do --
determined to save
the only life you could save." 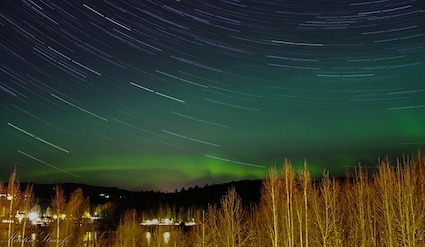