Hepatitis C: I am weary, let me rest

Twitter
Facebook
Pinterest
Tumblr
Email
Advertisement
In case you haven’t noticed (and frankly, why would you?) I choose my words carefully. So when I write “I am weary”, that’s exactly what I mean. I’m weary. Not fatigued, weary. Not exhausted, weary. In my grandmother’s words, I need a cuppa and a good lie down.
I actually did something from my pre-treatment life today. I’ve been very cautious about hoarding my strength as the first few weeks were pretty rough. Now I think I’ve found my groove I’m stepping it up a tiny bit. 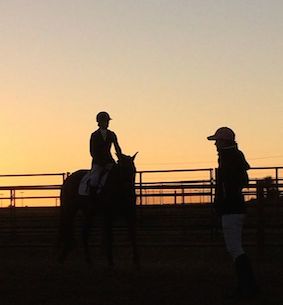 Today I spent the day at pony club surrounded by small children. Normally I work mainly with adults, but this was only 3/4 of a day, it was nice weather and they were desperate for someone. I decided to be that someone.
So I had a lovely day, worked with some very polite young people and the club gave me a bottle of wine as a thank you. I used to hand it back when I was given wine as a thank you, but people don’t seem to get the whole “I don’t drink” thing. Now it’s easier just to take it, smile, say thank you and then re-gift it at a later time. I got in the car and drove home.

And then I realised.

I was sensible about it. I didn’t fit in as much as I normally would have done. I made sure the day was not going to be from sun-up to sun-down. I only worked with little people. Other people did the running around for me. But I used my brain (which worked!), I managed to do my job without stuffing up and I felt like I was on top of things. I wasn’t at my peak, but this was my first outing all year at this sort of event. I’d lost a bit of “match fitness” but I could still remember complicated rules and regulations and manage to explain them.

Then I came home, fed the animals, lit the fire and collapsed on the lounge. I’ve been on it for a while, but I’m weary, not fatigued.

It’s the tiredness of a job well done.

I couldn’t do it every weekend like I used to, but I was pleased to be able to do it at all.