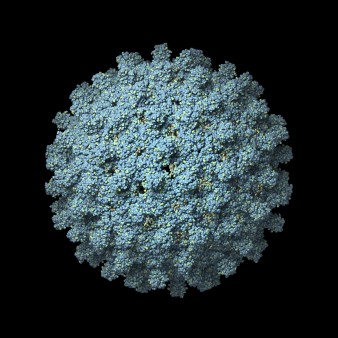 Does Hepatitis C Treatment put You at Risk for Hepatitis B Reactivation?

This fall, the U.S. Food and Drug Administration (FDA) issued a warning about the risk of hepatitis B virus (HBV) becoming reactivated in patients treated for hepatitis C infection with certain direct-acting antivirals (DAAs). Not only did the FDA issue a warning, but they designated it as their most prominent warning, a “boxed warning.”

There were a few cases of HBV reactivation resulting in serious liver problems or death.Patients with a history of hep B who were considering hep C treatment became alarmed after hearing the warning. Would they be trading one liver disease for another? Perhaps not, as there is more to this than meets the eye. Let’s look at the facts.

Who does the warning apply to? Patients who had a current or previous infection with hepatitis B virus who are considering hep C treatment. However, a history of hep B is not enough information to assess the risk. The degree of risk is determined by whether the HBV infection is active, dormant, or resolved.

What happens in people who are coinfected with HBV and HCV? We don’t know. One theory is that when both viruses occupy the liver, they appear to keep each other under control. The HBV viral load is typically low or undetectable, while HCV is the more active disease. However, when hep C is cured, it’s like the brakes are released on hep B. The viral load and liver enzymes (especially ALT) may increase dramatically. Symptoms of liver disease appear, such as jaundice and fatigue. A theory about why this is happening with DAAs rather than interferon treatment is that interferon is active against both viruses.

People who have resolved HBV infection, whether on their own (spontaneous clearance) or with prior HBV medications, need to be monitored for HBV reactivation during hepatitis C treatment and follow-up. These people are at very low risk of HBV reactivation.

People who are susceptible to hepatitis B should receive the vaccine against it.

How common is HBV reactivation during HCV treatment? The FDA identified 24 confirmed cases of HBV reactivation in HBV/HCV co-infected people treated with DAAs between November 2013 and July 2016. Three patients experienced hepatic decompensation, one needed a liver transplant, and two died. Half the patients received hepatitis B treatment, most of whom then experienced decreases in HBV DNA and improvement of symptoms. In a few cases, increases in liver enzymes were mistakenly attributed to DAA toxicity and hep C treatment was stopped unnecessarily.

The FDA pointed out that people with hepatitis B were excluded from hep C clinical trials using DAAs, thus HBV reactivation was not reported. HBV reactivation usually occurred within 4 to 8 weeks after starting treatment with a DAA, and was seen in people who had detectable and undetectable HBV DNA at baseline.

The updated guidelines regarding HBV/HCV co-infection are available at the American Association for the Study of the Liver (AASLD) and Infectious Diseases Society of America’s HCV Guidance: Recommendations for Testing, Managing, and Treating Hepatitis C at www.hcvguidelines.org.