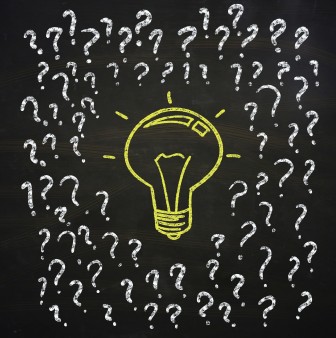 The newest hepatitis C medications work for most people and are generally fairly easy to tolerate. BUT, and I mean a really big BUT, some people report having a really tough time. They don’t fly through treatment, and sometimes they are left with residual problems. We don’t have data on this, but there are enough cases to cause one to wonder why.

Frankly, it is my opinion that some doctors don’t want to hear about these exceptions. These patients are easy to dismiss. My fellow professionals can make up their own, convenient stories, such as, “This patient has emotional problems,” overlooking the fact that most of us find it problematic when our doctors don’t believe us.

Then there is the issue of no evidence. Is the cause of this complaint associated with hepatitis C treatment, or is there something else going on? For instance, is the association due to a medication used to manage the side effects of the treatment or is it from the actual treatment? Could hep C have some protective qualities in some people and the removal of the virus unmasks another issue? Or is there an unrelated problem which just happened to surface?

What nags at me most is a question that may not be settled for many years: Is this the result of an individual’s genetic make-up causing a drug interaction. We know that genetic mutations affect drug metabolization. Pharmacogenetics is the study of medications and genetics. It allows physicians to prescribe medications suited to one’s genetic make-up. For instance, humans don’t all metabolize interferon in the same way, which largely explains why some responded to interferon-based treatment and others didn’t. When we used interferon, testing for resistance was useful, sometimes sparing patients 48 weeks of a hard, fruitless hep C treatment.

So far, exome sequencing has identified about 180,000 exons in humans, or approximately 30 million base pairs. This may sound like a lot, but is only about 1 percent of the human genome. Commercially available tests have a long way to go. Here is an example of a commercially available test from Genelex. Keep in mind that these tests are expensive and are usually not covered by insurance. Prices have been gradually dropping.

Pharmacogenetics has helped many people, some who wandered around in a medically-complex fog for years. I wish we had a test for everyone, but we don’t. In the meantime, we need to extend support and hope to people who live with uncertainty and pain. Not knowing is a hard path to travel, but it is easier if you are walking it with the support of your community.