Hepatitis C: the courage to be me 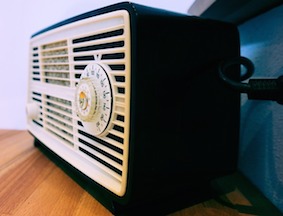 I mentioned in a previous post that I was thinking of doing a human interest story with our regional radio station. It has a large footprint, lots of people listen to it and it has some very good interviewers who are interested in allowing a story to be told, not playing “gotcha journalism”. The idea was to do something for World Hepatitis Day on the 28th July.

The problem was that I wasn’t sure if I was ready to publicly acknowledge that I have hep C and am having treatment for it. I’ve never actually said here what I do, so let me just lay my cards on the table and say I am a school principal. The decision about “coming out” has been largely to guard myself from potential parental backlash.

So I’ve done many straw polls over the past few days.

I talked to my staff. They told me that I didn’t need to ask them as it was my decision and that they’d support me no matter what I decided.

I talked to my boss. She said she supported me, knowing that I would be talking to the media as a person, not a representative of my work place. I asked her what she’d do if she had any complaints from parents. She said our department has a non-disclosure policy, strong anti-discrimination legislation and she would back me to the hilt.

I talked to my family. They said as long as I was comfortable with my decision that was all that mattered.

I talked to a few people who live publicly with the virus. They all said talking about it was the best thing they did. They felt they took control of their own disclosure and could manage it much better because they instigated it.

I talked to my friends. They said they thought it was important for people to come out publicly and talk about hepatitis C so other people with the virus knew they weren’t alone. Or that there were new treatment options. Or that it was possible to live a rich, fulfilling life despite the virus.

And finally I decided it was important to stand up and be counted like lots of brave people who have done so before. This virus will never get the funding and research it needs if we aren’t prepared to stand up as advocates for each other.

So I’m doing it. I have even practised on a sympathetic parent who told me her husband’s mother died of hep C related health issues. I had no idea. I managed to get through our conversation without crying so I felt pretty good!

“Here I am. All of me. The public bits, the so-far secret bits. Value me or don’t - it won’t change how much I value myself.”