A Hepatitis C Support Group by Any Other Name

“What’s in a name? That which we call a rose by any other name would smell as sweet.” - Shakespeare, Romeo & Juliet

These familiar lines are frequently used to describe someone in a loving way, or to give high praise during a celebration. The profound meaning of these words comes with the understanding that a name doesn’t define the essence of what it’s attached to.

I think we grow attached to labels and hang onto them stubbornly. So much so that when you debate with other people about the meanings of words and how they are used you are likely to get a response of “you’re just arguing semantics.” A reply accompanied with the suggestion you are using “rhetoric” to avoid the real topic at hand, but research shows that the words we use do in fact influence personal opinion and the way things are viewed.

One study showed that using the word climate change instead of global warming elicited more responses of agreement in its existence. Another social experiment showed that when people were asked if they supported “Obama Care” or the Affordable Health Care Act (ACA), they were more likely to support the ACA and respond unfavorably towards “Obama care.” There are many more examples, but the point I want to make is the reason for this is at the heart of what Juliet is trying to get Romeo to understand. Juliet wants Romeo to see the simple truth that labels don’t define their love, nor the essence of who we are, but our obsession with them can shackle us.

When I reference these elegant lines I am not using them to bemoan tragic love, but instead to express the “Aha!” moment that led me to the solution of a frustrating problem that I failed to see was right in front of me.

I know that I’m not saying anything groundbreaking by drawing this connection. In fact, the wisdom of what I’m trying to convey is well known by many people who have been hepatitis C advocates long before folks like myself, and the public in general, awoke and joined the fight. Even so, a nice refresher of how a concept so simple can be so powerful couldn’t hurt.

In my attempts to get a hepatitis C support group off the ground I failed to see this. I foolishly believed that because I could offer bus tokens for transportation to doctors appointments and provide some pizza that I had the winning formula for overwhelming success. Don’t get me wrong, those things can make a support group worthwhile, but by themselves they aren’t enough. After thinking about it for a while, I’ve come to realize that stigma saturates the human spirit and suffocates self-confidence. I forgot that the shackles of how others label those who attend “support groups” can override strong desires to seek out help by fear of further marginalization.

I think many would agree with me when I say that the word support group can lead to preconceptions about those who attend, and in my situation it seems to act as a repellant. Fortunately, I’ve been the beneficiary of having access to the wisdom of amazing people who are seasoned in hepatitis C support group facilitation. People like Alan Franciscus, Lucinda Porter and Ronni Marks have literally written the book(s) on hepatitis C support groups and education, and through conversations with them I realized my biggest barrier to getting attendance may just be my stubbornness to see the shackles I refused to remove from myself.

Of course, it doesn’t really matter what we call a support group. All that really matters lies in what we are offering to those who attend. It isn’t about “tricking” people into participating by changing the name, but about being flexible and dynamic in offering a space where people can learn, relax and become empowered.

In case you were wondering, I settled on the name of Hepatitis C Education/Discussion group. Not very flashy or unique. Maybe it’ll encourage participation, and maybe it won’t, but at least I know I can always rearrange some letters and try again.

I’ll leave you with a simple rewrite I have on my desk of those memorable Shakespearean lines. A reminder to myself that the real power of words is in their pliability.

“What’s in a name? That which we call a support group by any other name would function all the same.” 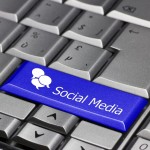 How Liver Transplant Patients Can Benefit From Social Media 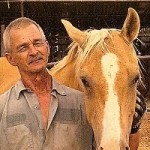