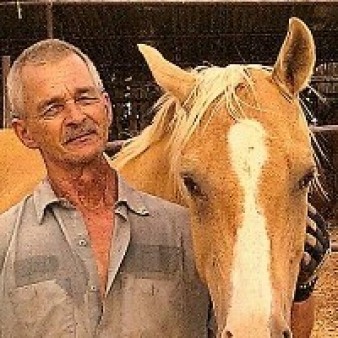 Partner Diagnosed With Hep C in 2001

I became involved with hep C in 2001 when I met my Carla. She had recently been diagnosed with hepatitis C, stage 4 compensated cirrhosis. Shortly after, she was diagnosed with hepatopulmonary syndrome, which causes shortness of breath and low oxygen levels in the blood. Carla had two ruptured esophageal varices (bleeding vessels in the digestive system), which required surgical intervention. Her gastrointestinal specialist recommended her for a liver transplant at Banner Good Samaritan hospital in Phoenix.

After nearly two years of repeated MRIs, CT scans, ultrasounds and other tests, she was finally on the transplant list. Sadly, she was listed for only one day. A mass was found on her left kidney; the biopsy showed malignant renal carcinoma. Due to her poor health, there was nothing they could safely do. Her transplant physician, Dr. Ramos, said she had two and a half years to live. We told him we were going for five years. He shook his head and reiterated two and a half years, but no longer.

We went home to Tucson, where I took care of her with the help of Family Home Hospice Care. That was in June 2006. In early December 2008, she started having seizures and was admitted to the hospice inpatient unit. Her seizures became uncontrollable. She was put into an induced coma, where she stayed until 8:30 a.m. on December 28, 2008.

Knowing it was inevitable didn’t help. I lost all hope—she was my everything. Good friends, family and some wonderful doctors and nurses are what kept me alive. I joined a hepatitis C support group on Facebook, Hepatitis Family and Friends. As I didn’t have hep C, I didn’t know how or if I would be welcomed. They welcomed me with open hearts and arms. That was in 2009. Since then, I’ve learned a great deal and continue to learn every day. About two years ago, I was asked to join the administrative staff. I agreed—with some reservations. I didn’t think I had the knowledge to be of much help; but in losing my Carla, I discovered an understanding, empathy and compassion that I never knew I had. This work has given me something important, the ability to help those new to hep C, to ease their fears. I have also gained knowledge, so much knowledge from other members from around the world and about every aspect of this virus. I don’t know everything; no one does.

Meeting my Carla and losing her changed me. I’m retired now, and my whole life revolves around the members of the support groups I’m in. Fighting hep C, one person at a time, is my life’s calling now; I can’t imagine my doing anything else.

Being there for those in need.

Not being able to help my Carla more than I did.

The thought of newly diagnosed, scared new members with no one there to welcome them.

That the public in general would be more educated about hep C and that there would finally be an end to the stigma.

The other administrators in the Family and Friends Support Group.

The desire to not see another hep C victim or their family members have to go through what my Carla and I went through.

Get tested, get treated, get cured.

A rescued dog, because dogs have a capacity for endless love.