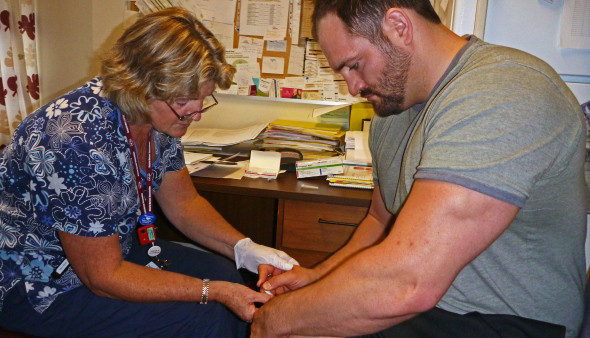 Devon Nicholson took his first Interferon injection under nurse’s guidance at the Ottawa Civic Hospital on October 15th 2012. The injections are part of a 24 week Hep C treatment medication regime that will also include Ribavirin and the new wonder drug Incivek (Talaprivir).

Incivek is still in the experimental phase for individuals with Nicholson’s Genotype but has been shown to substantially increase the cure rate of Hep C patients with other Genotypes. Nicholson did a previous treatment from 09-10 that was not successful despite causing many side effects.

This entry was originally published on October 15, 2012. Reprinted with permission.