Unless you’ve been living under a rock here in Australia (and with the horrible weather, living under a nice cool rock certainly seems like a viable option right now) you’ll know that the Federal Government has approved the new direct acting antivirals for inclusion on the Pharmaceutical Benefits Scheme.

This is something of a big deal. It makes Australia one of the first countries to set up universal access. 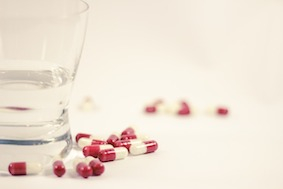 "The move will make Australia one of the first countries in the world to publicly subsidise the drugs for their entire population, no matter what a patient’s condition is or how they contracted the disease. Crucially, the government will work with state and territory governments to make the treatments available to inmates in prison, where hepatitis C rates are typically very high."

This is a remarkable turn of events and one that people have been working towards for a long time. Groups like Hepatitis NSW and Hepatitis Australia have been lobbying and advocating on behalf of people living with HCV. They’ve copped a fair bit of flack and at times downright hostility. Until now their work has looked like a seemingly thankless task.

Now we will have affordable treatment that is not reliant on private insurance and their strictures. We will have treatment for people who need and want it, before they are too sick to get the full benefit from it.

Many details are still unclear and no doubt will remain so until after the government and medical organisations nut out the finer details of exactly how it will work. The two key concepts below are the most important, I believe.

Universal access: It’s not just for F3/4, it doesn’t matter how you acquired HCV, and it’s for all genotypes.

Government funded: Access is provided through the PBS and therefore subsidised so it is affordable for all (a co-pay system will apply but it will only be minor)

These are the key points for which advocacy groups such as Hepatitis NSW and Hepatitis Australia have been fighting. The belief that everyone deserves a cure. End of story.

It’s a bold and ambitious plan and I can’t wait to see it rolled out.

Bravo to all the soldiers in the trenches who have fought so long and so hard to make this a reality.

As there aren’t many of us in my town who are prepared to talk about their diagnosis (and I certainly don’t blame them), I did another two interviews. This one was for one of our local tv stations.