Hepatitis C: Australia - Treatment. Will it ever end? 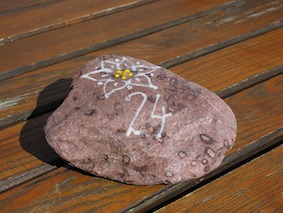 When I signed on for this gig, I knew it was 24 weeks. I just didn’t know how long that was going to be.

I do not regret any of the time I have spent on treatment. If it all works, it will change my life. I don’t regret a thing.

But I sat back this weekend and thought about what had happened in my life in the time since I’d started treatment with Viekira Pak.

I’ve continued to work. I’ve been managing a fairly major research project at work (probably not well, but at least it’s being done).

I’ve maintained a commitment to a non-government organisation of which I am president. I turn up to meetings and run them.

I’ve travelled to Sydney more times than I care to remember.

I’ve started down the path of being honest about who I am, what the virus has done to my life and how I’ve managed it.

I’ve been taken into the bosom of the St Vincents IBAC treatment team, who have provided me with exceptional care.

I’ve gained friends, both online and in real life who have supported me on this journey.