Hepatitis C: It’s been one of those weeks 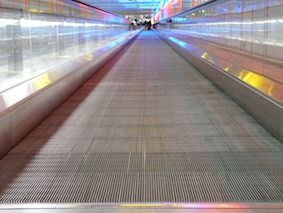 
Early Wednesday morning I received a phone call to say my uncle had died. We are his only remaining family, so we travelled down to Sydney to organise the funeral. I’ve only just returned home today (Saturday). I am writing and delivering the eulogy so that is taking some time. I’ll be home for tonight and tomorrow, then heading off again on Monday afternoon to go to the funeral.

While I was in Sydney I called in to St Vincents. It was a week early for my 20 week hepatitis C blood test, but there I was and there the pathology department was, so ... we did it early.

Results on Viekira Pak continue to look pretty darn good. My ALT has dropped again to 17 and my AST has stayed at a nice 23. My GGT has dropped again to 25. Taking the haemotology results out of the equation (which I always do as I know ribavirin is knocking them round) the only result outside normal range is bilirubin. Of course my haemoglobin levels have not escaped unscathed, with a drop to 104. But I feel good and am not struggling with that level, so I am putting it to one side.