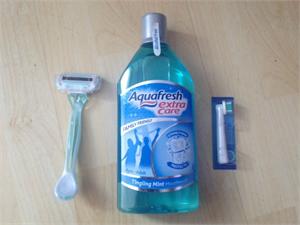 Today was a clinic day. I was in such a bad mood I couldn’t even smile when I arrived. Nothing to do with the staff at Kings. I’m in a bad mood most of the time at the moment. I can hear myself complaining and self-piteous and I make myself sick. Also I’d had to rush home to get my drugs after a 9.30am meeting because I’d forgotten them again.

I’m pretty sure I had a bug now last week. I thought if you were on anti virals you couldn’t get a virus but that was a silly of me. I was told today that each virus has its own signature which would need a different drug to target it. That makes perfect sense and is the kind of thing I should have known.

I told the doctor (not Ivana today) that I’d been feeling down. I asked her if other people on the trial had had the same problem and she said no. This made me feel totally inadequate, although I’m sure that wasn’t her intention.

Later a friend called who is also on a non-interferon trial with Gilead. She has also gone clear. I said congratulations! And dismissed me with yeah, yeah, yeah.. She’d actually called to talk to me about how angry she feels and how her mood is low. I laughed with relief, especially at her response to being clear. If it hadn’t been for everyone else’s reaction last week I wouldn’t really have given a sh** about the news. I was in such a low mood. Thank God for other patients.

The pic represents that now I am clear I have a new toothbrush, razor and mouthwash. The first two are so that I don’t re-infect myself (highly unlikely but Louie insisted) and the latter is so that we can share a mouthwash bottle again

This entry was originally published June 18, 2013 on The Hepatitis C Trust. Reprinted with permission.