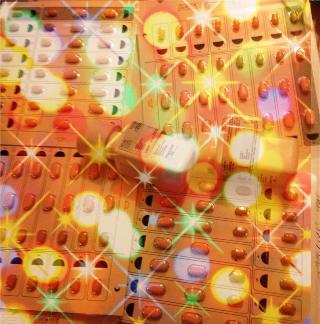 Today I went to clinic. I got given a month’s supply of pills. My favourite doctor Ivana was there. She told me that I had raised triglycerides, which is a sign I’m taking ritonavir (one of the treatment drugs). I was excited for a moment until we looked at my pre-treatment bloods which showed they were raised before. The excitement was short lived; I’m just unhealthy it turns out.

We went over all the symptoms I’m getting and it does seem like I have all the right side effects. I’ve noticed I’m getting quite short tempered. It’s nothing like the white hot, psychotic furies I had on the last treatment. It’s not even flying off the handle. I’m just more irritated and it comes out of the blue taking me by surprise. It’s riba-rage lite! (that’s an in-joke for other people on treatment).
If I’m not on the placebo I need to be clear by my next appointment on the 26 March to be able to continue on the trial.

I’ve had a much clearer head the last couple of days which I’ve enjoyed. I’ve been able to cover a lot of ground at work. I’ve been organising an auction in Ibiza in May and I’ve been preparing a presentation I’m giving tomorrow. I’ve also been trying to organise something to coincide with one our patrons Andrew Loog-Oldham’s appearance at Sound City in Liverpool in May. And I’ve remembered to swipe my Oyster card.

This entry was originally published March 12, 2013 on The Hepatitis C Trust. Reprinted with permission.