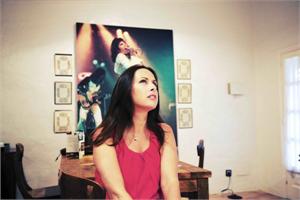 I got my 4 week blood test results back yesterday and I’m still clear. According to Charles Gore (this is not science) if you are still clear at 4 weeks post the new treatments you should carry on being clear. Once you are off the protease inhibitors if the virus is going to come back it should start replicating immediately. As I said this is Charles’ theory and not official. Officially I’m signed off in July 2014.

It’s been difficult to gauge how I feel now since the last month has not been a normal month. I’ve been on holiday.

I’ve had a bug and I’ve been working again in Ibiza. Ibiza was a dream compared to the last time I went there when I was on treatment. I was able to work late at night and still be up early in the morning not feeling destroyed. My energy has increased enormously, although I still suddenly get struck down with fatigue but I expect everyone does. The biggest change for me though is not feeling ill all the time, which I think I mentioned before. That is a revelation. I’ll report back after I’ve had a month of routine back in the UK.

The picture is a shot Boy George took of me in Ibiza. I thought it made me look like Santa Gemma, the venerated Italian mystic but when George stuck it on twitter I got pages of harassment from someone who was convinced I was a man called Paul Dawson. He was urging me to confess to my son that I’m a man. I blocked him and he sprung up in another guise, really concerned that I was getting away with my charade of being a woman. Nice to know I look like a tranny and not a saint.

This entry was originally published September 3, 2013 on The Hepatitis C Trust. Reprinted with permission.